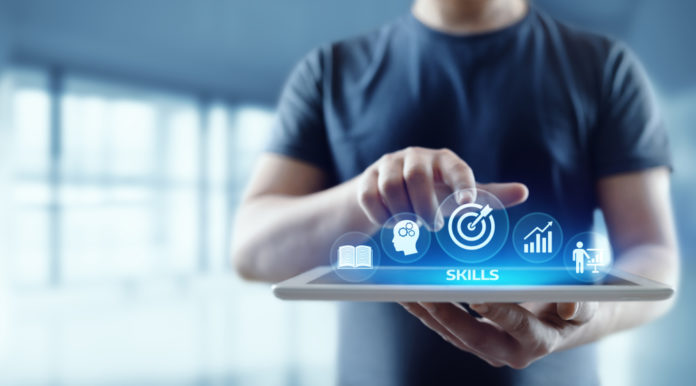 India has witnessed a 400% rise in the demand for Data Science professionals and according to a recent report with over 50,000 jobs lying vacant. According to the same report, the job market is at a situation where the number of job seekers is half of the total number of available jobs, which means that opportunities are there for the taking.
But learning data science can be challenging. A customary Google search for ‘data science courses’ displays 45,30,00,000 results. There are a glut of options, and it might be daunting to choose the right course.
To help you make an informed choice, we’ll take you through the basic skills and tools that you need to start off in Data Science. Machine learning, statistics, quantitative analysis, mathematics, and programming languages are broad areas in which you’ll need to build expertise. If we were to delve a little deeper in what exactly these skills entail, you’ll come across these tools:
Python
The lingua franca of coding, python is widely used across a wide range of applications. This open-source language has a host of open-source libraries. It is actually easy to understand and learn and is considered as the primary language for data scientists. Employers don’t just look at a candidate who knows Python alone, you are expected to have an understanding of the standard python data science libraries– numpy, pandas, scikit-learn, and matplotlib.
Read: How Boredom Led to The Creation of Python.
R
Although Python has gained massive popularity in data communities, R isn’t far behind. Most programmers are learning R for Data Science and ML applications. R as a programming language is popular in data science communities due to its robust support for statistics, clustering methods, regression techniques, and graphical methods.
SQL
Structured Query Language is considered as the primary way to interact with relational databases. When you have a relationship between large sets of  variables, SQL is predominantly used. It offers two advantages: you can access many records with one single command and it eliminates the need to specify the method to reach out for a specific record.
Learning Python, R and SQL would help you cover your bases in terms of programming languages necessary for Data Science.
Tableau
This analytics and data visualization tool is easy to use and figures in many Data Scienctist job descriptions. Tableau offers a free public version, you will have to use the paid version to keep your data private.
“Tableau allows us to step out of the box and look at data in a totally different way.” –Kevin King, Director, Reporting, and Analytics, Coca-Cola Bottling Company.

Hadoop and Spark open source tools from Apache, are used for processing large sets of data.
Apache Spark is an open-source, distributed, general-purpose, cluster-computing framework. Spark is primarily used for large-scale data processing, data engineering, and analytics.
The Apache Hadoop software library is a framework that allows for the distributed processing of large data sets across clusters of computers using simple programming models. It is designed to scale up from single servers to thousands of machines, each offering local computation and storage.
In addition to learning these skills and tools, here are a few pointers on how you can ace a Data Scientist interview:
Enhance your communication skills: Technical skills are very important, but you need to be able to communicate what you know well.
Have a project that you can showcase: Rather than just having a list of skills, you’d have an advantage when you can talk about a data science project that you have worked on.
These are only some of the skills and techniques you’ll need to be familiar with to be able to crack a data science interview. For a more structured and comprehensive learning approach, you can look at the Data Science Program offered by Great Learning.