If they be two, they are two so
As stiff twin compasses are two;
Thy soul, the fixed foot, makes no show
To move, but doth, if the other do.
And though it in the center sit,
Yet when the other far doth roam,
It leans and hearkens after it,
And grows erect, as that comes home.
Such wilt thou be to me, who must,
Like th’ other foot, obliquely run;
Thy firmness makes my circle just,
And makes me end where I begun.
I love John Donne’s poetry. I always wondered if I would ever be able to write like that or come up with an analogy as brilliant as the prongs of a compass compared to the two souls in love. While I stroll around doing my usual business, I trust that there will come a day when some brilliant data scientist, hopelessly in love, and inclined to poetry will come up with an algorithm to find another analogy that will do John Donne proud and give me something to rave about. Until then, the good Samaritan that I am will help someone become a data scientist to inch closer to making it a reality.

So, What Exactly is Machine Learning?

Machine Learning is a subset of Artificial Intelligence such that a computer is able to learn on its own without explicit programming code. It uses statistical techniques to enable the system to ‘learn’ better and make future decisions and predictions based on the million data entries it has already evaluated. It grows in sophistication and accuracy and improves with every new experience or exposure (to the dataset.) A machine learning algorithm gains more and more ‘experience’ every time it processes a new data set.
The advanced applications of machine learning are known to mimic the human brain. As a baby, you start to learn different things. Your mother tells you that “this is a ball” hundreds of times before you can register it implicitly. Then comes an orange and as a child you think it is a ball (it is small, green, and round) until you grow up to add other variables like edible/non-edible, living/thing, squishy / firm etc. to decide if it is a ball or an orange. Machine learning as a branch of computer science enables a system to learn the exact same way.
Apple’s Siri, Google’s Personal Assistant, and Amazon’s Alexa are all examples of Machine Learning. Driverless cars, sentiment analysis, robotics are more advanced applications where machine learning is the prime catalyst. Corporate giants like Uber and Amazon are using machine learning at an unprecedented level of sophistication. While Uber schedules its rides, develops effective geo-mapping techniques, identifies hotspots for demand, and determines surge pricing; Amazon uses machine learning in several of its products like Alexa, Polly, Prime Air, recommendation engines on its e-commerce site, etc.

Supervised Learning infers a function based on the labelled training data fed to the system which is then used for mapping newer data. Supervised learning generalizes the learning algorithm from training data to unseen data to draw conclusions. The input data is X, and the output is Y, so Y = F(X). This exact rule is then applied to unseen data. There are several techniques of supervised machine learning algorithms such as linear regression, logistic regression, decision trees, and multi-class classifications, and support vector machines. All of this may sound like Greek in the beginning, but here are a couple of examples explaining supervised learning:

In the absence of a training data set and direct input (X), no corresponding output is known beforehand. This is unsupervised learning. It is based on finding hidden trends and patterns that may not have a set output. Think of any classic business problem. Not all cases will work on supervised learning. The need for unsupervised learning is more a consequence of symptomatic data that needs to be evaluated in order to figure out a potent solution. Several techniques are used for unsupervised learning such as k-means clustering, association rules, principal and independent component analysis, and apriori algorithms. Unsupervised Learning has an alchemical feel to it!
Let’s look at a couple of examples:

Reinforcement learning has an input, a hypothesis of an outcome, and the grade for output. Inspired by behavioral psychology, it uses observations from the environment to take actions maximizing rewards and minimizing risk. A reinforcement learning algorithm (agent) learns from the environment iteratively until it has exhausted all possible states. ‘Ideal behavior’ is determined in a specific context by measuring performance based on reward feedback. The end goal is to maximize the reward feedback in each case. Q-Learning, Temporal Difference (TD), Deep Adversarial Networks are some of the common reinforcement learning algorithms. Self-driving cars, robotics, and games such as chess, etc. are some of its popular applications.

Some of the most common applications of Machine Learning are:

Hope it helped thou understand machine learning, its applications, and its types. Its applications may seem humdrum but take a closer look and all the stuff from sci-fi movies will come to life. As for me, I am off to reading more metaphysical poetry now! 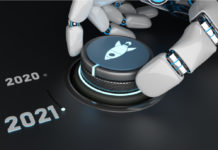 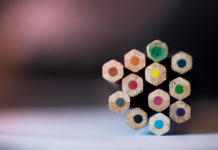 Seaborn Tutorial in Python For Beginners

Understanding Mutable and Immutable in Python