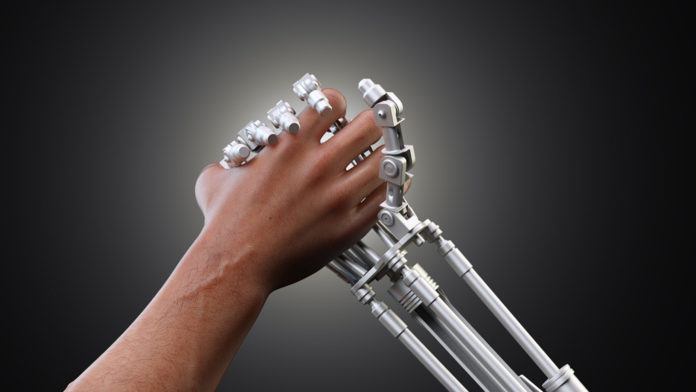 Artificial Intelligence has been evolving at a great pace and remarkably impacting every industry. Each sector has enjoyed the benefits of Artificial Intelligence and has efficiently enhanced services, made tasks easier, mitigate costs and ultimately proliferate businesses. Along with this growth, AI has also been creating opportunities and earning the trust of millennial parents and others. This week’s artificial intelligence guide discusses some of the recent developments around the domain.

An IEEE study shows that 83% of millennial parents in India would be very comfortable leaving their child at the hospital in the care of an artificial intelligence-powered virtual nurse.

Generation Alpha (nine years old or younger), considered to be the most tech-infused demographic (2010-2025), is growing up along artificial intelligence and other technologies infiltrating nearly every aspect of their lives.

The survey reveals the confidence Millennial parents in India and other nations with generation alpha may have in artificial intelligence and emerging technologies for the health and of their children.

According to a 2017 report from the National Council for Behavioral Health, America’s overburdened mental health system can be short as many as 15000 psychiatrists as the demand for their services exceeds supply, But by then, an artificial intelligence-powered tool may be ready to help mental health practitioners mitigate the impact of the deficit.

Medicine field is already a fruitful area for artificial intelligence. Though Psychiatry, in many ways, is a uniquely human field, requiring high emotional intelligence and perceptions that machines cant stimulate, experts say AI could still have an impact here also. The medicare can massively benefit from AI’s capability to analyze data and pick up patterns and signs so subtle humans might never notice.

Since 2004, a team of scientists led by Masato Sakai has been studying the Nazca Lines, a UNESCO world heritage site protecting a group of enormous geoglyphs. The scientist team has discovered 143 previously unknown “geoglyphs” in Peru using artificial intelligence and satellites to uncover ancient drawings. The illustrations are believed to date between 100BC and 500AD and were made by removing the rocky black topsoil of dark stones in the Nazca desert.

Oil and Gas Industry turns to AI for billions in savings.

In the oil and natural gas industry, artificial intelligence technology is being used to compile massive amounts of data transmitted by sensors and other types of smart equipment, look for patterns, make predictions and inform decisions.

Houston oilfield services company Baker Hughes, Microsoft, and Silicon Vally artificial intelligence company C3.ai have signed a contract to develop and deploy the technology for industrial customers around the globe, the companies said on Tuesday.

An AI algorithm can learn the laws of quantum mechanics.

In chemistry, AI tools are used to predict the outcomes of an experiment or simulations of quantum systems. To achieve this, AI needs to be able to apply the fundamental laws of physics.

An interdisciplinary team of chemists, physicists, and computer scientists from the University of Warwick, University of Luxembourg, and the Technical University of Berlin have developed a deep machine learning algorithm that could be used to speed up the design of drug molecules or new materials.

This innovative AI algorithm can predict the quantum states of molecules, so-called wave functions, which determine all properties of molecules.