Will 2017 be the year VR lives up to the hype and becomes ubiquitous? Probably not. It’s a very young technology, and the ecosystem isn’t robust enough to have hit the tipping point. So, does it have any future? To answer this, we need to first understand where VR stands in the grand scheme of technological advancement.
Nearly every tech follows some approximation of the hype cycle. First, it’s an emerging technology with little immediate applicability but immense potential. Next, every conceivable use is listed out and the total potential added up to arrive at an absurdly large dollar figure. This leads to companies everywhere forcing it upon their products and customers with limited success. This failure to match the hype causes a ‘bursting of the bubble’. This is when things get really interesting.
In this post-hype valley, truly persistent companies and experts stay to build solid tech experiences. Prices are driven down by incremental advances. An ecosystem of developers and consumers starts to build products that materially make lives better for specific groups of people. Niches are found, and robust applications are built for a set of ‘beachhead markets’.
In the VR market, Oculus, HTC, Sony, and Google have launched headsets with a limited set of apps. While the experience is still clunky – VR sickness, discomfort, and visual glitches being quite common, it is getting closer to ‘consumer-grade’. Simultaneously, Nvidia and AMD’s GPU chips are advancing rapidly, and VR could get much better, much sooner than expected. Without the unrealistic expectations of ‘VR everywhere’, the right companies (Magic Leap perhaps?) will start to make significant advancements somewhat under the radar.
Apart from the quality of tech, its versatility could determine when it moves from a ‘nice-to-have’ to a ‘must-have’. Much like the HD/4K TV – which worked just fine with SD content and gave you the option to make the most of better content as and when it became available – VR hardware is more likely to be a household device if it can do other things while waiting for the apps to catch up. Breakthrough VR applications are most likely to come from video gaming and immersive entertainment, with healthcare, defense and possibly education following closely behind. As a learning tool, VR will find most value where the cost of ‘learning by doing’ is highest. Disaster recovery, aircraft maintenance, rare & complex surgery – are obvious candidates. The next wave could bring students immersive experiences that are expensive, like international trips to learn languages and museum visits. By contrast, do we really want to see a professor stand in front of a classroom in fully immersive 3D? Not likely. Whichever way you look at it, the incremental value needs to justify the cost (in dollar terms and in terms of the adoption curve). Some really interesting companies working on educational VR include Alchemy and Discovery, who have a rich content library, and they could also tap into the potential to transform learning of topics that are just so much better when viscerally driven home through VR.
2017 may not be the year VR goes mainstream. It may take a couple of years more before that could happen. But following the disillusionment of 2016 and the subsequent shift of focus to other areas as the ‘next big thing’, VR might finally have the opportunity to fly somewhat under the radar and make serious inroads towards becoming an affordable, reliable, quality technology that just works! And then, we may just see it live up to its potential. 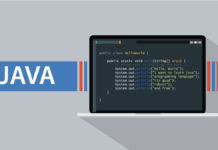 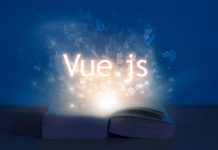 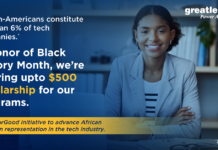