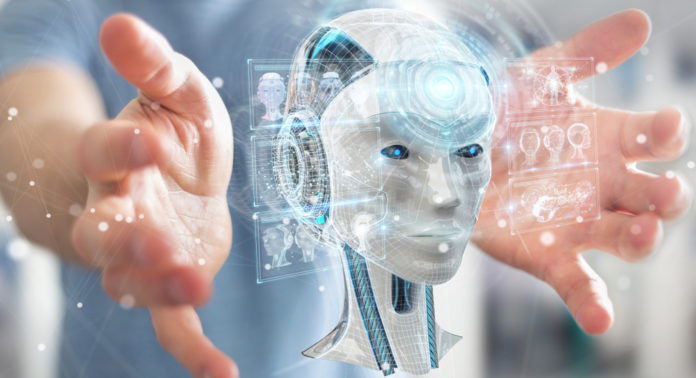 Artificial Intelligence, a term which was coined by a Dartmouth professor over sixty years ago, has today become a prevalent tool of modern business. From the communications industry to the health industry, AI is redefining the ways in which humans and machines interact (thankfully, mostly for the better). Data engineers around the world are making machines replicate the intricacies of human reasoning faster than you can imagine. The following articles shed light on the various ways in which artificial intelligence is driving major changes in education, health, technology and more. Keep reading.
Elon Musk: Humanity Is a Kind of ‘Biological Boot Loader’ for AI
In a recent Artificial Intelligence conference, Alibaba co-founder Jack Ma and Tesla CEO Elon Musk, took the stage to debate on the implications of AI for humanity. Quite naturally, the debate brought up some interesting aspects of AI – how Neuralink is decoding the human brain to aid patients with neurological disorder, how it can facilitate man’s journey to Mars, or even how 80 percent of statistics around AI is false. While Musk talked about how AI is outpacing our ability to understand it, Ma thinks that it will create new opportunities for humankind.
Esteemed consortium launch AI natural language processing benchmark
Natural language processing now has a new benchmark for analysing its applications, thanks to an esteemed consortium, featuring experts from Google DeepMind, Facebook AI, New York University, and the University of Washington. The resultant platform, SuperGlue replaces its predecessor Glue to bring varied new formats, nuanced questionnaires and other challenging activities to test NLP applications. According to Facebook AI, SuperGLUE is “much harder benchmark with comprehensive human baselines,” compared to Glue.
A Molecule Designed By AI Exhibits ‘Druglike’ Qualities
Insilico Medicine, a startup that generates potential drugs using artificial intelligence, has recently identified a new molecule that can bind with a protein associated with tissue scarring. If validated, this could become a major discovery but the expenses and the timeline keeps getting higher. Thankfully, with AI there’s a chance of putting the idea to test and generate results sooner. A team of AI experts and collaborators from the University of Toronto generated 30,000 designs in 21 days which means the premises of cost cutting and fast tracking this development looks promising.
‘Sense of urgency’, as top tech players seek AI ethical rules
The data world witnessed its first Swiss Global Digital Summit this year. Two dozen high-ranking representatives of the global and Swiss economies, as well as scientists and academics, met in Geneva to draw up global ethical standards that should govern AI applications. Microsoft president Brad Smith, voiced his concern over the growing need for such standards saying, “technology be guided by values, and that those values be translated into principles and that those principles be pursued by concrete steps.” ‘Transparency’ and ‘accountability’ were two words frequently used during the course of this summit to highlight the need of the hour regarding AI practises.
Robots Turn Teachers in Bengaluru School, Thanks to AI
A man-machine team at one of the private international schools in Bangalore now has robots to complement real teachers during classes. These AI-enabled robots teach almost all the major science subjects and emulate human gestures while imparting lessons in the class. Students have responded positively to this joint human-machine venture so far. The school administration feels that this move will promote learning even more by making it a personalised experience for students. This one-of-a-kind projects is soon to be scaled up to include other subjects and more classes in the future.

For more roundups on AI, watch this space!