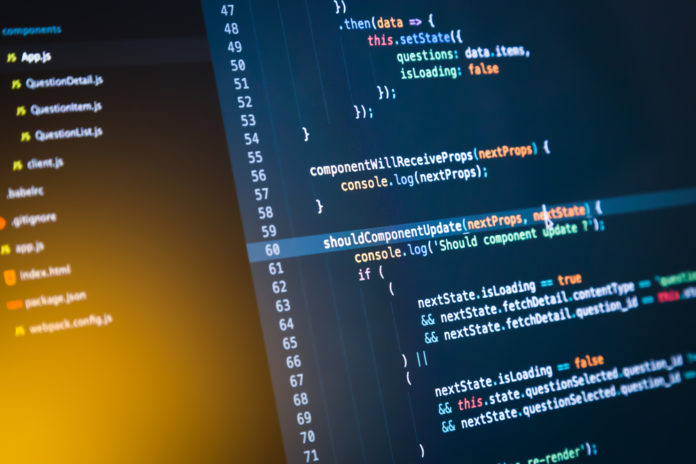 ES6 is Ecmascript 2015,6th new version of Javascript Programming Language. ES6 is considered to be the major upgrade to javascript since ES5 was introduced in 2009. With the introduction of ES6, whole new features are added to the language like Classes, Modules, Object Manipulation etc. to name a few.

2. How many parts are there in an es6 module?

Modules were part of the JavaScript community for a very long time but they are not built into the language, they were implemented by the libraries. With the introduction of ES6, modules were implemented to the language. Modules refer to the reusable pieces of code within our application or system. They are stored in one file. To use them, there are two parts to it, Default Export and Named Export. Similarly, we can import the modules to the current file.

Classes in JavaScript are introduced from ES6 in 2015. In OOPS programming, a class is a template for creating objects, providing initial values to variables by providing them constructor and implementation functions or methods. For Eg:

4. What is the arrow function in es6?

5. What is export default es6?

The export statement is used to export functions, objects, and variables, etc. to other JavaScript modules with the help of the import statement. There are two types of ways to export 1.) Named Export and 2.) Default Export Default Export is when we want to export any single, variable, function or object, etc. For Eg: In Test.js file var x1=10; export default x1; In Com.js file we want to import the x import y1 from ‘./Test.js’ here y1 is importing x1 from Test.js

6. Which keywords can be used to implement inheritance in es6?

7. What is destructuring in es6?

Destructuring is a great way to “destructure” or separate the values of arrays or objects into variables. Destructuring also works with complex functions that have many parameters, default values, etc.
For Eg ;
let animal =[‘dog’,’cat’,’rabbit’];
let [d,c,r] = arr; //destructuring
console.log(d);

8. What is Event propagation, capturing, bubbling?

When an event occurs on a DOM, that event does not entirely occur
on one element. In the Bubbling Phase, the event bubbles up or it goes to its parent,
to its grandparents, to its grandparent’s parent until it reaches all the way to the window while in the Capturing
Phase the event starts from the window down to the element that triggered the event or the event target.

9. What is the difference between es5 and es6?

ES6 and ES5 are both Versions of JavaScript introduced by ECMAScript in 2015 while the later in 2009. Both ES5 and ES6 have some similar points but at the same time, there are differences also Some of the features are:

1. Variables: Let and const Till ES5, there was only one to define the variables by using the var keyword but with the advent of ES6, let and const keyword are also introduced in the language. var is function scope while the later are block Scope.

4.String Interpolation Earlier in ES5, we used to concatenate the two strings with the help of a concatenation operator but with String Operator it becomes a lot handier to do it. For eg:

12. What are the new features introduced in ES6?

14. What is Functional Programming?

1.) Array.Map Method
The map method creates a new array with the results of calling a provided callback function on every element in the array.
const words = [“Functional”, “Procedural”, “Object-Oriented”];

2.)Array.filter -The filter method creates a new array with all elements that pass the test in the callback function.
let numbers={1,2,3,4};

15. Give an example of an Arrow function in ES6? List down its advantages.

Arrow syntax binds this to the surrounding that means they are lexically scoped than normal functions which are dynamically scoped
The syntax gives a return when there is no body block, resulting in simpler code in some cases
Last but not least, => is shorter and simpler than function, although stylistic issues are often subjective Advantages of Arrow functions are being listed below:-
1.) Arrow Functions do not have a binding with this, i.e. arrow functions do not have their own this.
To understand this in a more simple manner, lets take an example:

16. Discuss the spread operator in ES6 with an example.

Another Use of Spread Operator is that after using this it makes code concise and increase its code readability.

17. What are the template literals in ES6?

Template literals are introduced in ES6 to overcome the problem with string concatenation in our programs . Now we have to use ` character instead of ‘ or ” quotes , to produce a new string

MultiLine
console.log(`Ram likes to eat mango\nHe is a good Boy`)

console.log(`The radius of Circle is ${pi}*2*2`)
The ${} syntax is used to put an expression in it and it will produce the value.

18. What do you understand by the Generator function?

we can call this function as
let g= gen()
console.log(g) // this would give generator object

This Generator Object returns another object with two properties done and value. Generator is iterable

19. Why are functions are called as first class objects?

20. Discuss the Rest parameter in ES6 with an example.

Rest parameters are introduced in ES6 so that we can gather any number of arguments into an array.
For Better Understanding, let’s understand with this an example

With rest arguments, with this, we can now accept any number of arguments

IIFE’s are Immediately-Invoked Function Expressions. They are the functions that are called immediately after being defined.
We can make any function IIFE by wrapping it in parenthesis and following pair of parentheses at the end

We use IIFE to Aliasing global variables, Creating private variables and functions, Asynchronous functions in loops.

22. What are the default parameters?

for…of is used to iterate over the elements of an array. It does so nicely and shortly, without the need of additional variables .

for ..in loop is uesd to iterate over the properties of object,a key is assigned to the key variable. The loop continues for all object properties

Map is a feature introduced in ES6, is a collection of elements where each element is stored as a Key-value pair. It can hold both objects and primitive
values. On iterating on the map object, it returns the key-value pairs. We can create Map like
var map = new Map([[1 , 2], [2 ,3 ] ,[4, 5]]);

2. Map.prototype.has() -It return a boolean value depending on whether the specified key is present or not
let map =new Map()
map.set(‘class’,’12th’)
console.log(map.has(‘class’)) //true

console.log(map.get(‘name’)) //Ram
4. Map.prototype.delete() – It delete’s both the key as well as a value from the map.

Sets are also introduced in ES6, stores a collection of Objects which contain unique values. In sets, no value can repeat itself. To create a new empty Set, the syntax is as follows:

add(value) – appends a new element. It returns the Set object
clear() – removes all elements from the Set object.
delete(value) – deletes an element specified by the value.
entries()– returns a new Iterator that contains an array

27. What do you understand by Weakmap?

In Es6 ,Weakmap is introduced which is a type of collection similar to map.In this the values are stored as key-value pairs where keys are weakly referenced .
Weakmap object allows the keys of object only.
For Eg:
const w=new WeakMap(); //Weakmap is created
const o={}; object1
const o1={}
const o3={};

A promise is an object that returns a value which will be returned in future, but not now.Because of this feature the promise is very well-suited for handling asynchronous operations.
A JavaScript Promise object can be:
Pending-(working), the result is undefined.
Fulfilled- the result is a value.
Rejected-the result is an error object.
settled-fullfilled or rejected

29. What do you understand by Weakset?

30. What do you understand by Callback and Callback hell in JavaScript?

31. What do you understand by the term Hoisting in JavaScript?

In execution phase, this would look like something
var x
console.log(x);
x = 1;

During the execution phase, it would look something like this function add(a, b){
return a + b;
}

AJAX stands for Asynchronous JavaScript and XML. It is a group of related technologies used to display data asynchronously.
What this means is that we can send data to the server and get data from the server without reloading the web page.

Technologies use for AJAX.

HTML – web page structure
CSS – the styling for the webpage
JavaScript – the behaviour of the webpage and updates to the DOM
XMLHttpRequest API – used to send and retrieve data from the server
PHP, Python, Nodejs – Some Server-Side language

Some of the Array Methods Introduced in ES6 are:-
1.concat()- this is used to merge two or more arrays together.
eg:
let a1=[1,2,3]
let b1=[4,5,6]
console.log(a1.concat(b1)); // output would be [1,2,3,4,5,6]
2. every()-This function checks whether the elements satisfy the condition or not. If it satisfies the condition it returns true and if a condition is not satisfied, it returns false and does not check for remaining values.

4.find()- It returns the values of element as soon as the given condition satisfies.If the condition is satisfied , it returns from the array,return the value and
does not check for remaining values.It does not change the original array.
let a = [3, 10, 18, 20];
console.log(a.find(function(b){
return b==18}))
// returns 18


7. indexOf()-This method is used to find the index of the first occurrence of the search element provided as the argument to the method.
let b=[4,5,6,7]
console.log(b.indexOf(4)) //returns 0

34. What are the new String methods introduced in ES6?

Some of the String Method Introduced in ES6 are:-
1.startsWith -This method accepts two parameters one is queryString and another is the position. This method returns either true if the string starts with the provided string
from the specified position, otherwise false.
let str = “GreatLearning”;

2.endsWith()-This method accepts two parameters one is queryString and another is the position. This method returns either true if the string ends with the provided
string for specified length, otherwise false.
let str = “GreatLearning”;

3.includes-This method accepts two parameters one is queryString and another is the position. This method will true if the string is present
let str = “GreatLearning”;

4.repeat(count)-This method accepts a single argument which is an integer value that represents the number of times the string is to be repeated.
let str = “GreatLearning”;
console.log(str.repeat(2));

Webpack is a tool that compiles JavaScript modules, also known as module bundler.
It is used to generates a single file from a large file that runs in-app. Webpack can run Babel which transpiles to ES5. It can also be used to transpile CoffeeScript to JavaScript,
can also run a development webserver.
Webpack is not only used on the frontend, it’s also useful in backend Node.js development as well.

Predecessors of webpack are as follows


The webpack mode is introduced in webpack 4 which sets the environment on which webpack works. It can be development or production defaults to production.

Production mode
– is slower to build, since it needs to generate a more optimized bundle.
– The resulting JavaScript file is smaller in size, as it removes many things that are not needed in production.

Babel is a JavaScript transpiler that converts ES6JavaScript into old ES5 JavaScript that can run in any browser.
Every major release, the syntactical sugar is being added to JavaScript, but that is not immediately supported by Browser so to overcome this babel is used 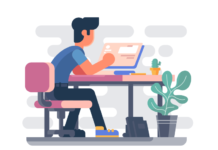 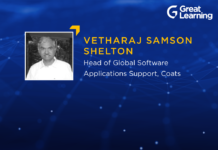 Mentoring sessions have been the highlight of this course- Vetharaj Samson Shelton, PGP DSBA 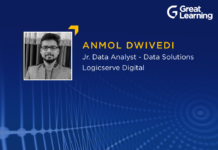