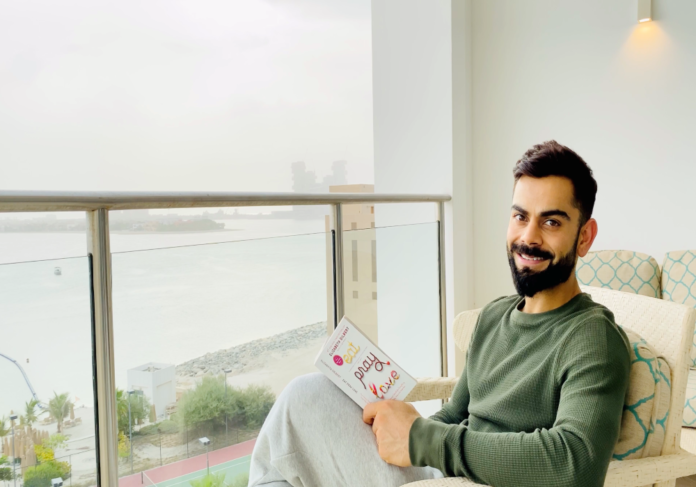 From the bylanes of West Delhi, when Virat Kohli first started his cricket journey, who would have guessed, the chubby starry-eyed boy would soon become the role model for millions who breathe, play and sleep cricket?

The journey to who he is right now—the cricket icon connected to billions of dreams, hopes, and aspirations of cricket-mad India—was not an easy but a phenomenal one. But when he comes out to bat, you can see an unflinching desire burning in his eyes. More often than not, a desire seeps into his willow, and it ultimately produces moments of magic and power.

It is mainly because he never refused to upskill. And one can figure that out from his recent quote:

Not just this, there are many other things related to the life of this man who wears his heart on his sleeve that can motivate you to dream big and achieve your goal.

He is a quintessential leader. Here are some of the upskilling lessons from Virat Kohli that one can learn by just watching his cricket journey.

To be the Captain of the Indian Cricket Team and to sustain this stature, it is necessary to emphasize and understand sources that are available at hand and keep on upskilling to win a match. Every cricket fan is aware of the fact that Indian pitches are nothing less than a nightmare for fast bowlers. While predecessors relied on spinners to turn things favourable for the team, Virat learnt from his overseas counterparts that to win tournaments you need to have good fast bowlers. He put his complete faith on the fast bowlers to change the game even on flat Indian tracks, who otherwise were often seen as the black sheep of the team. After two years in his tenure, that perception is changing. And it ultimately paid off when one often sees Jasprit Bumrah, Ishant Sharma, and Mohammed Shami at top of ICC bowler rankings

Apart from the bowling department, the Indian cricket team has shown a remarkable improvement in terms of batsman performance against fast bowling. And for this, Virat often acknowledges throwdown specialist D Raghavendra, who can hurl balls at 155 mph. Helping Virat and other Indian batsmen improve their footwork and get better at facing express pace. Empathizing when things get out of hand, supporting the team at every juncture, and making the most of the resources—these are some of the skills that every individual must learn, more so in today’s fast-paced world.

Cricket can be very cruel. The fortune of players can flip in a matter of days/hours and even seconds—a cricketer can turn from a villain to hero and vice-versa. From his own experiences in England, where he failed to deliver with the bat on the first tour, he learnt how to deal with failure and the importance of team camaraderie during low periods. Kuldeep Yadav was not in his best form before the World Cup. A lot of criticism was coming from every corner regarding his selection in the World Cup squad. But then Virat refused to go by what the world had to say. Virat Kohli boosted Kuldeep’s self-esteem and kept on motivating him to perform better. And now we can see how Kuldeep Yadav proved to be a crucial cog in turning the match against Pakistan by taking important wickets at crucial junctures. For this, Kuldeep gives a lot of credit to Virat and his on-field management skills. He pointed out that Kohli never fails to encourage young players and keep on telling them to acquire new skills to keep up their game.

“You learn and change and evolve as a human being, and that is the only way forward.” – Virat Kohli in an interview with Rudraneil Sengupta, published in Mint, 2017

Kohli learns, adapts, and gets better. It might sound a little trite, but the fact is that ability and inability to learn and adapt is what defines us and sets us apart. At every step of his way, he acknowledges his teacher, parents, coach, partner, and the defining generation of cricketers with whom he once shared his dressing room: Sachin Tendulkar, Rahul Dravid, V.V.S Laxman, M.S. Dhoni: the list is too long and varied.

The demigod of the millions of cricket-mad souls, and embodiment for aspiring prodigies, Virat Kohli’s is indeed one of those who lead by example, and his inspiring journey as a cricketer and captain defines the same. If you look back at his cricketing journey, you will always find some chapters defining his eagerness to improve as a cricketer, urge to learn new skills, pragmatic approach and hard work.

In December 2006, when the 18-year-old Virat was playing a Ranji Trophy match for Delhi. His team was in trouble as the score was 105 for 4. And at that time, Kohli was playing at 40 Not Out. That night, Kohli lost his father to a heart attack. Nobody expected him to come back to the pitch the next day, but to his teammate’s astonishment, Kohli arrived at 7:30 am at the start of the third day and declared himself ready to play. Not only this, he saved the game by scoring 90 runs. For a young kid, showing that level of dedication and commitment towards cricket is something hard to find.

Yet another good example of Kohli’s dedication was in 2014 in England when he was struggling to judge the movement of the ball outside the off-stump. He went back to the drawing board and thought upon improving his technique and later returned to the Test arena to score 11 centuries in the next 31 games that he played. After that England nightmare, his batting average has been 59.30. He was also struggling to hold on to catches in the slip cordon. So to eradicate that he put himself through intense catching practice sessions.

Tales speaking of his passion are endless. As we told you earlier, he was overweight when he joined the team, but now he is one of the fittest sportsmen we have in the country. And it is essential to note that this transformation did not happen overnight but was a constant effort to learn about his body, workout and diet. With the skipper setting such high standards of fitness, the whole team is now supposed to pass a compulsory multi-stage fitness test (also known as Yo-Yo test) to secure their place in the team.

Virat Kohli took this quote way too seriously. And that is why one of the significant changes seen under the captaincy of Virat Kohli is the emergence of India as a team with a great bowling line-up. One can attribute a part of his success to the fact that he—as a captain—has given enough freedom to bowlers for setting their fields, learning and trying new techniques and involving them in making a strategy to get the opposition batsmen out. Despite being the captain, he never shied away from asking for help. Virat Kohli has always emphasized on the fact that MS Dhoni has helped him a lot to learn the tricks and trade of the game.

Above all this, it is his positive intent that always worked for him. Be it the Australia Vs India match in Jaipur—wherein Virat scored 100 off 52 runs or 133 versus Sri Lanka when India chased down 320 in 30.4 overs—is one the many examples of his positive intent. He is always determined to win every match for his team, which is essential.

Virat has been a role model for continuous learning and improvement, throughout his cricketing career, which is why he has been able to achieve a level of success that only one can dream of. Like Virat, if you too have a zeal to learn something new in every chapter of your life, and make a mark in your career, then Great learning provides high-quality online courses. And one such program is the Executive PG Program in Management as it will help you to get on a path to become the best possible version of yourself. Not only you will learn about the basics of management by helping to overcome the internal and external obstacles, but also cultivate a growth mindset to be a leader. So drop your queries at executive-programs@greatlearning.in to know more about the program. 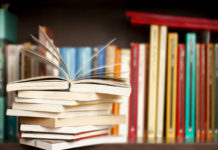 Top 9 Design Thinking Books You Must Read in 2021 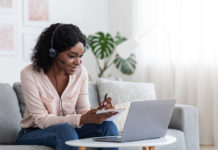 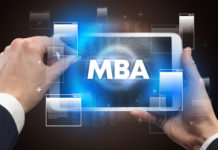