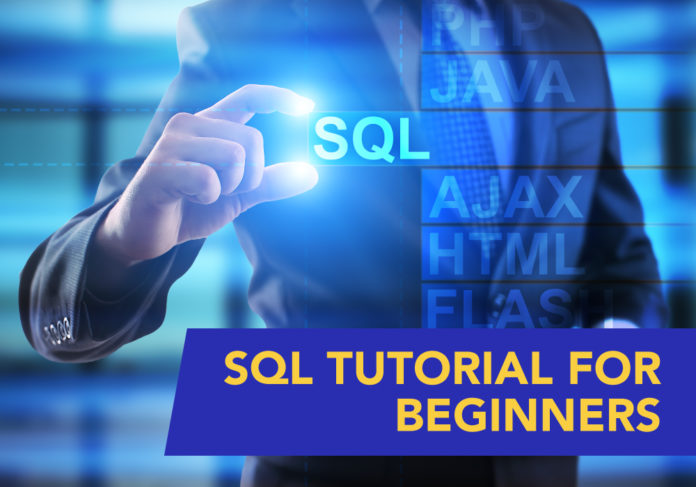 SQL is the language to operate databases. Now what is Database?

Okay, let’s go back and get from the scratch….

A database is an organized collection of data.

Data is basically information which exists in a variety of forms. Data is everywhere. People upload videos, take pictures, use several apps on their phones, search the web and more. Machines too, are generating and keeping more and more data

Database is a collection of information organized for easy access, management and maintenance.

How does it work?

Data is represented in terms of rows in RDBMS.

It contains a number of tables and each table has its own primary key.

What is the table?

A database uses a table to store data in a structured way. A table is basically a collection of information in the form of data entries and contains rows and columns to store data.

Let us see the simple example of data storage in RDBMS.

Remember, the table structure is a base to know in SQL.

What is the field?

A field will tell you about every record in a table.

For example, in the above student table, the field consists of id, name, age and department.

What is row or record?

A row of a table is also called a record. It specifies some information about each individual entry in the table.

It represents horizontally in the table.

For example, the row/record in the table is,

What is the column?

A column represents vertically in the table which contains information about the header which is the column name.

For example, from the above student table:

The NULL value in the table means the field with “space”. It is different if it is filled as ‘0’ or if it contains space.

There are few categories of data integrity with each RDBMS:

·         Entity integrity: This specifies that there should be no duplicate rows in a table.

·         Domain Integrity: This specifies that there should be valid entries for a given column according to the type, the range of values and format etc.

·         Referential Integrity: This specifies that rows cannot be deleted which are used by other rows/records in the table.

·         Use defined Integrity: This specifies some business rules that are defined by users.

• A relational database refers to a database that stores data in a structured format, using rows and columns.

• It is “relational” because the values within each table are related to each other. Tables may also be related to other tables.

• The relational structure makes it possible to run queries across multiple tables at once.

Difference between DBMS and RDBMS:

• There can be, but there will be no “relation” between the tables, like in a RDBMS. In traditional approach, data is generally stored in either a hierarchical form/navigational form.  This means that a single data unit will have 0, 1 or more children nodes and 1 parent node.

SQL statements are started with any

etc and it end with a semicolon;

Now let us know the reason for semicolon being used.

Why is semicolon used after SQL statements/commands?

There are various SQL syntax to be followed by a unique set of rules.

Keywords include  Select, where, update order by, having etc.

Some of them are:

What happens when we execute a SQL query?

The system determines the best way to convey out our request and SQL engine figures out how to interpret the task.

Isn’t it a smarter idea to know how the internal flow of a process is?

I am curious to make you think that way and let us see the various components included in the process.

And I will show a simple diagram to disclose the SQL working architecture.

There are few important SQL commands to know about:

Select: It extracts data from a database.

Update: It updates data in a database.

Delete: It deletes data from a database.

Insert into: It inserts new data into a database.

•   Decompose larger, complex table into simpler and smaller ones

•   To ensure all database operations to be efficiently performed

•       Student# and course# together defines exactly one value of marks. Student#, course# ,Marks

•   Other functional dependencies in the relation:

• Marks# – Grade•   In a given relation R, P and Q are attributes. Attribute Q is functionally dependent on attribute P if each value of P determines exactly one value of Q.

A relation schema is in 1NF, if and only if:

– All attributes in the relation are atomic(indivisible value)

-And there are no repeating elements or group of elements.

A relation is said to be in 2NF, if and only if:

It is in 1st Normal Form.

Advantages and Disadvantages of Normalization:

•   Based on the mathematical foundation

•   Removes the redundancy to a large extent

•   After 3NF, data redundancy is minimized to the extent of foreign keys

•   Removes the anomalies present in INSERTs, UPDATEs and DELETEs

•   Data retrieval or SELECT operation performance will be severely affected

Now we know what is the brief scenario and working of databases:

SQL is widely popular because it offers the following advantages:

SQL is a language for defining the structure of a database.

This SQL statement is used to create a database.

This command is used to delete/remove indexes from a table in the database.

NOTE: If you delete or drop the database, all the tables and views will be deleted. So be careful while using this command. Also there is a slight difference between drop and delete command. You will find it in further lessons.

Here, we need to select a database first before executing any query on table/database.

A column/columns is called the primary key that uniquely identifies each row in the table.

When in case of create/alter table we can define primary key constraint if we want to create the primary key. If there are multiple columns used as a primary key, then it is called a composite primary key.

Primary key is by default  NOT NULL, INDEXED an UNIQUE!

NOTE: When we use ALTER TABLE statement to add a primary key, the primary key column must NOT contain NULL values(when the table was initially created)

In Relational databases, a foreign key is a field or a column that is used to develop a link between two tables.

To simply say, a foreign key in one table used to point to the primary key in another table.

A composite key is a combination of two or more fields or columns of a given table.

A Unique key is a set of one or more than one fields/columns of a table that uniquely identifies a record in a database/table.

The Unique key and primary key both provide uniqueness for a column or set of columns.

Alternate key is the secondary key.

If a table has more than one candidate key, one of them will be primary and others will be alternate keys.

Basically, an alternate key is just a candidate key that has not been selected as the primary key.

SQL CREATE table is used to create tables in a database.

Used to delete table information from the table.

Used to delete rows from a table. If specific row is to be deleted, then we use WHERE condition to filter the rows in the table

-DELETE from table_name [WHERE condition];

Delete from student where student_id =2;

Used to add, modify or delete columns in an existing table

Used to change/modify the name of the table.

SQL statements generally contain some reserved word or a character in a ‘where’ clause to perform operations such as comparison and logical operations.

Here, X is left operand and Y is right operand.

SELECT * FROM employees WHERE salary is null;

•   Used to specify a condition while fetching the data from a single table or by joining with multiple tables.

SELECT * FROM employees WHERE emp_id=101;

•   This GROUP BY clause follows the WHERE clause in a SELECT statement and precedes the ORDER BY clause if used.

•   Used with aggregate functions due to its non-performance in the WHERE clause.

•   Must follow the GROUP BY clause in a query and must also precede the ORDER BY clause if used.

•   Default is to sort in ASC (Ascending)

•   Used to combine the results of two SELECT statements including duplicate rows.

•   Used to combine the results of two SELECT statements including duplicate rows.

Combine rows/columns from one or more tables, based on a related column between them in a database

•   INNER JOIN − Returns rows when there is a match in both tables.

•   LEFT JOIN − Returns all rows from the left table, even if there are no matches in the right table.

•   RIGHT JOIN − Returns all rows from the right table, even if there are no matches in the left table.

•   FULL OUTER JOIN − Returns rows when there is a match in one of the tables.

•   SELF JOIN − Used to join a table to itself as if the table were two tables, temporarily renaming at least one table in the SQL statement.

•   CARTESIAN JOIN (CROSS JOIN) − Returns the Cartesian product of the sets of records from the two or more joined tables.

•   Display details of employee and department

•   dept_id is a common column between employees & departments tables

•   For those departments where there are no managers, their names will be shown as NULL

The FULL OUTER JOIN combines the results of both left and right outer joins. The joined table will contain all records from both the tables and fill in NULLs for missing matches on either side.

•   The SELF JOIN joins a table to itself; temporarily renaming at least one table in the SQL statement.

A BIG round of applause to learn SQL from the scratch. Let us crack some queries now! 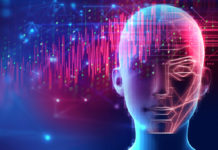