To understand the concept better, check out Great Learning Academy’s free course on SQLite for Data Science. A certification will improve your chances of getting hired.

Hipp and his team creating a simple embedded SQL database in January 2000, that would use for GNU DBM B-Tree library (gdbm) as a back-end, that would not require for any installation or administrative support whatsoever.  in August 2000, SQLite 1.0 was released.

SQLite version 2to3 upgrade in 2004. SQLite primary goal was enhanced internationalization support for UTF-8 and UTF-16 text. In 2011 Hipp announced to add UNQI interface to SQLite DB and to develop UNQLite.

Today, SQLite is used in a spacious variety of software and products. It is also used in Apple’s Mac OS operating system as a part of their Core Data application framework. and also used in the system’s Safari web browser, Mail.app email program, RSS manager, as well as Apple’s Aperture photography software.

SQLite can be viewed in Sun’s Solaris OS (operating system) environment, specifically the database backing the Service Management Facility that debuted with Solaris 10, a core component of its predictive is self-healing technology.  SQLite, has been added as a part of    PHP 5 standard library.

Features and Limitation of SQLite

SQLite is defined by the following features:

SQLite does not require a server process or system to operate database. The SQLite library accesses its storage files directly.

No server means no setup. SQLite is not required to install any application, configure, and nothing to worry about.

The entire database instance resides in a single cross-platform file, it is not required any administration.

A single library contains the entire database system, which integrated directly into a host application.

The default build is less than a megabyte of code and requires only a few megabytes of memory. With some adjustments, both the library size and memory use can be significantly reduced.

SQLite transactions are follows ACID property, it is  allowing safe access from multiple processes or threads.

SQLite supports most of the query language features found in the SQL92 (SQL2) standard.

The purpose of a database is to keep your data safe and organized. To maintain a high level – reliability of database, the core SQLite library is tested before each release. In full, the standard SQLite test suites consist of over 10 million-unit tests and query tests.

Foreign key constraints: – Foreign keys are the foundation of referential integrity in relational databases. While SQLite parses them, it currently does not have support for foreign keys. It does support check constraints, and foreign key support is estimated to be completed by sometime in 2006.

ALTER TABLE support: – Only the RENAME TABLE and ADD COLUMN variants of the ALTER TABLE command are supported. Other kinds of ALTER TABLE operations such as DROP COLUMN, ALTER COLUMN, and ADD CONSTRAINT are not implemented.

GRANT and REVOKE: – GRANT and REVOKE commands in general are aimed at much higher end systems where there are multiple users who have varying access levels to data in the database.

2. On the download page, find the Source Code section.

4. Extract or unzip the file to a directory of your choosing. The extracted contents will be the complete SQLite version 3 source code for Windows.

The SQLite CLP is the most common means you can use to work with and manage SQLite databases. It runs on as many platforms as the SQLite library, so learning how to use it ensures you will always have a common and familiar way to manage your databases. The CLP is really two programs in one. It can run from the command line to perform various administration tasks, or it can be run in shell mode and act as an interactive query processor.

To invoke the CLP as in shell mode, type sqlite3 from a command line, followed by an optional database name. If you do not specify a database name, SQLite will use an in-memory database (the contents of which will be lost when the CLP exits).

These commands are reserved for specific shell operations, a complete list of which can be obtained by typing  .help as shown:

SQL’s declarative syntax reads a lot like a natural language. Statements are expressed in the imperative mood, beginning with the verb describing the action.

SQLite is case insensitive, i.e. CREATE and create have the same meaning in SQLite      statements.

Comments in SQL are denoted by two consecutive hyphens (–), which comment the remaining line, or by the multiline C-style notation (/* */), which can span multiple lines. For example:

All the SQLite statements start with any of the keywords like CREATE, SELECT, INSERT, UPDATE, DELETE, ALTER, DROP, etc., and all the statements end with a semicolon (;).

WHERE column_name BETWEEN val-1 AND val-2;

PRIMARY KEY( one or more columns )

BEFORE INSERT ON table_name FOR EACH ROW

WHERE column_name EXISTS (SELECT * FROM   table_name );

sqlite3 command use to create a database.

After the creation of database you can verify it by using   .database command: –

.quite command used to come back command prompt

You create a table using CREATE TABLE command, which is defined as follows:

Here NOT NULL constraints  is used because these fields cannot be null hile creating records in the table.

table command is used to  show the list of all tables in an attached database.

You can change parts of a table with the ALTER TABLE command. SQLite’s version of alter    table can either rename a table or add columns.

The general form of the command is as follows:

SQLite DROP TABLE command is used to drop a table definition and all associated data, indexes, triggers, constraints, and permission specifications for that table.

You can see the tables in your database using   .table command. Student table is not longer shown you.

INSERT INTO command is used to add new rows of data into a table in the database.

Here, column1, column2,…columnN are the names of the columns of the table where you   insert the data.

You may not need to  define the column(s) name in the  query if you are adding values for all the columns of the table.

Now insert the values in to table

SELECT  command is used to fetch the data from a database table .

Following is the basic syntax of SQLite SELECT statement.

column1, column2 … are the fields of a table, whose values you want to fetch.

if you want to fetch all the fields available in the table, then you can use the following     command −

An operator is a symbol or a character which is used in a SQLite statement’s WHERE clause to perform operation(s), such as comparisons and arithmetic operations.

There are four types of operator:

An expression is a combination of one or more values and operators that evaluate a value.

Consider the basic syntax of the SELECT statement as follows −

It is used to perform any mathematical operation.

it is used for mathematical expression or any formula.

SELECT COUNT(*) AS “RECORDS” FROM  Students;

it returns the current system date and time.

Where clause is used to fetching the data from one table or multiple table.

And Operator is used to check one and multiple conditions.It checks all condition, if all condition is true then it assume true.

Here condition1 is true. Then we assume that condition2 is also true.

Update command is used to update and modify existing records, table and data. and we can use update query with where clause to modify selected raw.

Delete Query is used to delete a table or records. And we can use where clause to delete selected raw.

Like clause is used to check/matched the values against a pattern (using wildcard).

If the search expression can be matched to the pattern expression, then LIKE operator will return true. There are two wildcards used in conjunction with the LIKE operator −

1)The percent sign represents- zero, one, or multiple numbers or characters.

2)The underscore represents- a single number or character.

3)These are used in combinations.

ORDER BY and  LIMIT clause:

ORDER clause is used to set the data in ascending and descending order.

These are unique name in teachers table. There is no duplicate value.

An essential part of aggregation is grouping. In addition to computing aggregates over an entire result, you can also split that result into groups of rows with like values and compute aggregates on each group—all in one step

This command show only type id of food table.

SQL constraints are used to specify rules and set limits for the data in a table.

NOT NULL Constraint:  By default all columns can hold null values. if any user don’t want to a column have null value then you need to pass any constraint in the column.

it is used to provide default value to columns.

A UNIQUE constraint ensure that all values in a column and a group of columns are distinct and both UNIQUE and PIMARY constraints used for uniqueness.

If multiple fields used primary key then its is called composite key.

Check constraints allow you to define expressions to test values whenever they are inserted into or update within a column.

This is an example of a check constraint to ensure that the value of a phone number field is at least seven characters long.

Indexes are used to fetch the data from the database more-faster than otherwise. indexes are just used to speed up searches/queries.

A composite index contains two or more columns of a table.

First we create two table first table name is transport_company and second is audit. Where we keep audit trials for every records .

Now insert the value in the table.

Transactions define boundaries around a group of SQL commands such that they either all successfully execute together or not at all.

There are following three commands to used control transactions:

Begin is used for start a transaction. Every operation following a begin can be undone until the Commit and Rollback is terminate.

The commit command save the work performed by all transactions and changes in to database.

Similarly, the rollback command undo all the work performed by all transactions since the start of the transaction. A transaction is a scope in which operations are performed and committed, or rolled back, together.

Here we can use begin commit and rollback like these examples given below:

DELETE FROM COMPANY WHERE AGE = 25;

DELETE FROM COMPANY WHERE AGE = 25;

joins clause is the key to combine data from multiple tables (or relations) and are the first operation(s) of the select command. The result of a join is provided as the input or starting point for all subsequent transaction in the select command.

These are the major types of JOINS:

An inner join is where two tables are joined by a relationship between two columns in the tables.

Here we have a two tables

This command provide the intersection between first table(type_id) and second table(id). 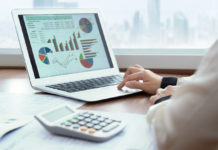 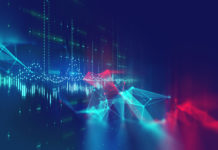 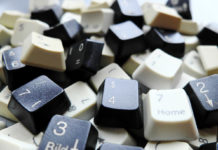