An important skill for people working in Data Science is to have a good understanding of the fundamental concepts of descriptive statistics and probability theory. This includes the key concepts of probability distribution, statistical significance, hypothesis testing, and regression. In practice, a simple analysis using R or scikit-learn in python, without quite understanding the probability distributions, often ends in errors and wrong results.

In statistics and probability, random variable, random quantity, or stochastic variable are described as those variables whose values depend on the outcomes of an experiment (i.e. a random process). Random variables are of two types, discrete and continuous. In this text, we will cover a distribution type concerning discrete random variables.

Considering our earlier example of a dice roll, we can represent the probability distribution of a 6 sided dice as given below.

We can represent the dice roll example graphically as shown below:

Therefore the distribution shown in the table above can be termed as a discrete univariate probability distribution.

Also Read: What is Gradient Boosting?

If we represent the probability function graphically, it will look like this-

The figure above represents a single trial(x1) experiment where n = 1. We could repeat the experiment n number of times for X={x1, x2,..xn } to get n outcomes.

By a discrete distribution, we mean that the random variable of the underlying distribution can take on only finitely many different values (or it can be said that the outcome space is finite).

Generally, we can represent a probability mass function as below.

The probability mass function must follow the rules of probability, therefore-

Some of the examples of discrete events could be rolling a dice or tossing a coin, counts of events are discrete functions. As there are no in-between values therefore these can be called as discrete distributions. For example, we can only get heads or tails in a coin toss and a number between (1-6) in a dice roll. Similarly, in a count of the number of books issued by a library per hour, you can count something like 10 or 11 books, but nothing in between.

Before defining Bernoulli distribution let us understand some basic terms:

Bernoulli trial: A Bernoulli trial is an instantiation of a Bernoulli event. It is one of the simplest experiments that can be conducted in probability and statistics. It’s an experiment where there are two possible outcomes (Success and Failure).

What is Bernoulli Distribution?

The Bernoulli distribution is one of the easiest distributions to understand because of its simplicity. It is often used as a starting point to derive more complex distributions.

The probability mass function (PMF) of a Bernoulli distribution is defined as:

If an experiment has only two possible outcomes, “success” and “failure,” and if p is the probability of success, then-

Another common way to write this is-

Note: Success here refers to an outcome that we want to keep track of. For example, in the dice rolling example, a double six in both dice would be a success, anything else rolled would be failure.

A simple example can be a single toss of a biased/unbiased coin. In the case of flipping an unbiased or fair coin, the value of p would be 0.5, giving a 50% probability of each outcome. However we must note that the probabilities of success and failure need not be equal all the time, like Bernoulli distribution in the case of a biased coin flip where probability of heads (success) is 0.6 while probability of tails (failure) is 0.4. The python code and the plot for this example is given below.

Properties of a Bernoulli distribution:

There are real-life situations that involve noting if a specific event occurs or not. Such events are recorded as a success or a failure. E.g. Some of the examples that explain binary outcome scenarios involve calculating the probability of-

The Bernoulli distribution finds application in above cases as well as number of other situations that are similar to above cases.

We can generate a Bernoulli distributed discrete random variable using bernoulli.rvs() method from the scipy.stats module in python. The function will take the probability of success (p) as a shape parameter The size parameter decides the number of times the trials are to be repeated. For reproducibility, we can include a random_state argument assigned to a number.

By visualizing the distribution, we can observe that we have only two possible outcomes:

We can see from the plot above that out of total 10000 trials with success probability 0.6, we get about 6000 successes.

To learn about more concepts and pursue a career in Data Science, upskill with Great Learning’s PG program in Data Science and Engineering. Explore all our PG programs on data science here. 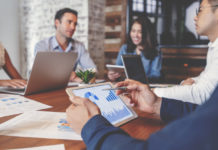 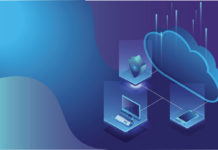 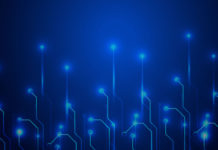