When a class is declared, with its specification, and the other sub-class members will want to use its member methods(functions); that’s when they will go for inheritance concepts. Inheritance concepts are everywhere in Java programming.

What is Inheritance in Java?

Inheritance in Java is a concept that acquires the properties from one class to other classes; for example, the relationship between father and son.

In Inheritance, the properties of the base class is acquired by the derived classes.

Inheritance uses the “extends” keyword to create a derived class by reusing base class code.

The extends keyword extends a class and is an indicator that a class is being inherited by another class. When you say class B extends a class A, it means that class B is inheriting the properties(methods, attributes) from class A. Here, class A is the superclass or parent class and class B is the sub-class or child class.

Inheritance is also known as the IS-A relationship.

Class: ​A class is a collection of objects which have common properties.

Derived Class/Sub-class: ​Derived class is a class that inherits from a base class. It is also known as subclass or child class.

Base Class/Superclass: ​The base class is the main class where derived classes inherit the features. It is also known as the superclass or parent class.

Reusability: ​The name itself says reuse the repeated code in the programs. It is a mechanism to reuse existing code when you are creating new classes.

Types of Inheritance in Java

The different types of Inheritance are:

Creating subclasses from a single base class is called single inheritance.

Defining derived class from numerous base classes is known as ‘Multiple Inheritance’. In this case, there is more than one superclass, and there can be one or more subclasses.

Multiple inheritances are available in object-oriented programming with C++, but it is not available in Java.

Why? Because we clearly observe that there is two kinds of inheritance here- Hierarchical and Single Inheritance.

In the diagram shown below, we see another example of Hybrid Inheritance.

2. Creating object will be very important

This implementation will not work because of incompatible types:  It is not possible to convert a Parent to a Child

4. From the above three examples, we understand that inheritance will be useful when derived class objects call base class(parent class or superclass) methods and variables. It will not throw an error.

If the child class has the same method in its implementation as that of its parents class, then the concept of method overriding comes into play.

In method overriding, the child class has the same method as that of the parent class. The main use of this is to achieve runtime polymorphism.

Method Overriding is used to provide specific implementation of a particular method which was provided by the parents class.

Rules for Method overriding are:

Super keyword usage in inheritance, always refers to its immediate as an object.

There are three usages of super keyword in Java:

1. We can invoke the superclass variables.

2. We can invoke the superclass methods.

3. We can invoke the superclass constructor.

Example for Super Keyword in Java:

Why Multiple Inheritance is not supported in Java?

This brings us to the end of the blog on Inheritance in Java. Hope this helps you to up-skill your Java skills. To learn more about programming and other related concepts, check out the courses on Great Learning Academy.

Also, if you are preparing for Interviews, check out these OOPS Interview questions to ace it like a pro. 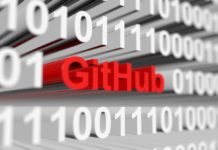 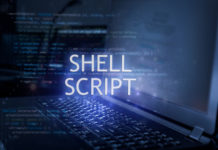 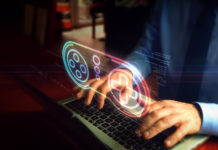