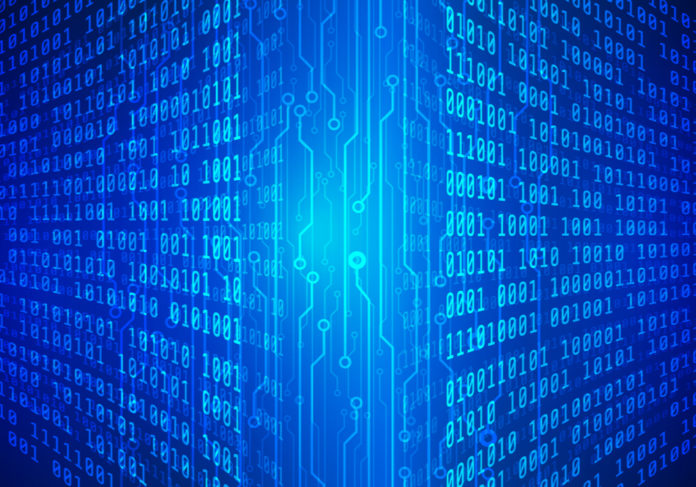 An autoencoder consists of three components:

First, the input goes through the encoder where it is compressed and stored in the layer called Code, then the decoder decompresses the original input from the code. The main objective of the autoencoder is to get an output identical to the input.

Note that the decoder architecture is the mirror image of the encoder. This is not a requirement but it’s typically the case. The only requirement is the dimensionality of the input and output must be the same.

Variational Autoencoders: This type of autoencoder can generate new images just like GANs. Variational autoencoder models tend to make strong assumptions related to the distribution of latent variables. They use a variational approach for latent representation learning, which results in an additional loss component and a specific estimator for the training algorithm called the Stochastic Gradient Variational Bayes estimator. The probability distribution of the latent vector of a variational autoencoder typically matches the training data much closer than a standard autoencoder. As VAEs are much more flexible and customisable in their generation behaviour than GANs, they are suitable for art generation of any kind.

Denoising autoencoders: Denoising autoencoders add some noise to the input image and learn to remove it. Thus avoiding to copy the input to the output without learning features about the data. These autoencoders take a partially corrupted input while training to recover the original undistorted input. The model learns a vector field for mapping the input data towards a lower-dimensional manifold which describes the natural data to cancel out the added noise. By this means, the encoder will extract the most important features and learn a more robust representation of the data.

Deep autoencoders: A deep autoencoder is composed of two symmetrical deep-belief networks having four to five shallow layers. One of the networks represents the encoding half of the net and the second network makes up the decoding half. They have more layers than a simple autoencoder and thus are able to learn more complex features. The layers are restricted Boltzmann machines, the building blocks of deep-belief networks.

So far we have seen a variety of autoencoders and each of them is good at a specific task. Let’s find out some of the tasks they can do

Although autoencoders are designed for data compression yet they are hardly used for this purpose in practical situations. The reasons are:

Since we have more efficient and simple algorithms like jpeg, LZMA, LZSS(used in WinRAR in tandem with Huffman coding), autoencoders are not generally used for compression. Although autoencoders have seen their use for image denoising and dimensionality reduction in recent years.

Autoencoders are very good at denoising images. When an image gets corrupted or there is a bit of noise in it, we call this image a noisy image.

To obtain proper information about the content of the image, we perform image denoising.

The autoencoders convert the input into a reduced representation which is stored in the middle layer called code. This is where the information from the input has been compressed and by extracting this layer from the model, each node can now be treated as a variable. Thus we can conclude that by trashing out the decoder part, an autoencoder can be used for dimensionality reduction with the output being the code layer.

Encoding part of Autoencoders helps to learn important hidden features present in the input data, in the process to reduce the reconstruction error. During encoding, a new set of combinations of original features is generated.

Variational Autoencoder(VAE) discussed above is a Generative Model, used to generate images that have not been seen by the model yet. The idea is that given input images like images of face or scenery, the system will generate similar images. The use is to:

In this section, we explore the concept of Image denoising which is one of the applications of autoencoders. After getting images of handwritten digits from the MNIST dataset, we add noise to the images and then try to reconstruct the original image out of the distorted image.

In this tutorial, we use convolutional autoencoders to reconstruct the image as they work better with images. Also, we use Python programming language along with Keras and TensorFlow to code this up.

The next step is to add noise to our dataset. For this purpose, we use the NumPy library to generate random numbers with a mean of 0.5 and a standard deviation of 0.5 in the shape of our input data. Also to make sure the values of a pixel in between 0 and 1, we use the clip function of NumPy to do so

Now let us visualize the distorted dataset and compare it with our original dataset. Here I have displayed the five images before and after adding noise to them

As we can see above, the images are partially distorted after adding noise to them and we can hardly recognize the digits. Next, we define the structure of our autoencoder, fit the distorted images, and pass the original images as labels.

Output: Here is a plot which shows loss at each epoch for both training and validation sets

As we can see above, the model is able to successfully denoise the images and generate the pictures that are pretty much identical to the original images

This brings us to the end of this article where we have learned about autoencoders in deep learning and how it can be used for image denoising. 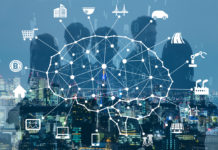 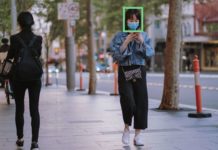