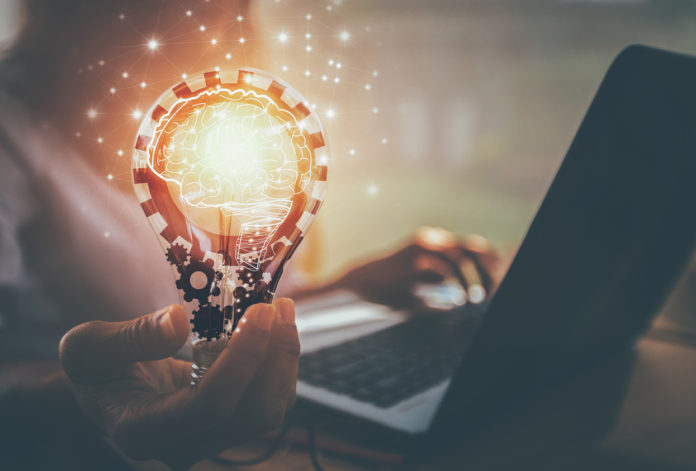 For the same set of data, different algorithms behave differently. For example, if we want to predict the price of houses given for some dataset, some of the algorithms that can be used are Linear Regression and Decision Tree Regressor. Both of these algorithms will interpret the dataset in different ways and thus make different predictions. One of the key distinctions is how much bias and variance they produce.

Bias is an assumption made by a model to make the target function easier to learn. Models with high bias are less flexible and are not fully able to learn from the training data.

In the given figure, we use a linear model, such as linear regression, to learn from the model. As we can see, the regression line fails to fit the majority of the data points and thus, this model has high bias and low learning power. Generally, models with low bias are preferred.

In the given figure, we can see a non-linear model such as SVR (Support Vector Regressor) tries to generate a polynomial function that passes through all the data points. This may seem like the perfect model, but such models are not able to generalize the data well and perform poorly on data that has not been seen before. Ideally, we want a model with low variance.

But there seem to be tradeoffs between the bias and variance. This is known as a bias-variance tradeoff. Hence when we decrease one, the other increases, and vice versa.

The general principle of an ensemble method in Machine Learning to combine the predictions of several models. These are built with a given learning algorithm in order to improve robustness over a single model. Ensemble methods can be divided into two groups:

Bagging, a Parallel ensemble method (stands for Bootstrap Aggregating), is a way to decrease the variance of the prediction model by generating additional data in the training stage. This is produced by random sampling with replacement from the original set. By sampling with replacement, some observations may be repeated in each new training data set. In the case of Bagging, every element has the same probability to appear in a new dataset. By increasing the size of the training set, the model’s predictive force can’t be improved. It decreases the variance and narrowly tunes the prediction to an expected outcome.

For example, Decision tree models tend to have a high variance. Hence, we apply bagging to them. Usually, the Random Forest model is used for this purpose. It is an extension over-bagging. It takes the random selection of features rather than using all features to grow trees. When you have many random trees. It’s called Random Forest.

Boosting is a sequential ensemble method that in general decreases the bias error and builds strong predictive models. The term ‘Boosting’ refers to a family of algorithms which converts a weak learner to a strong learner.

Boosting gets multiple learners. The data samples are weighted and therefore, some of them may take part in the new sets more often.

In each iteration, data points that are mispredicted are identified and their weights are increased so that the next learner pays extra attention to get them right. The following figure illustrates the boosting process.

During training, the algorithm allocates weights to each resulting model. A learner with good prediction results on the training data will be assigned a higher weight than a poor one. So when evaluating a new learner, Boosting also needs to keep track of learner’s errors.

Some of the Boosting techniques include an extra-condition to keep or discard a single learner. For example, in AdaBoost an error of less than 50% is required to maintain the model; otherwise, the iteration is repeated until achieving a learner better than a random guess.

There’s no outright winner, it depends on the data, the simulation, and the circumstances. Bagging and Boosting decrease the variance of a single estimate as they combine several estimates from different models. As a result, the performance of the model increases, and the predictions are much more robust and stable.

But how do we measure the performance of a model? One of the ways is to compare its training accuracy with its validation accuracy which is done by splitting the data into two sets, viz- training set and validation set.

If a single model gets a low performance, Bagging rarely gets a better bias. However, Boosting can generate a combined model with lower errors. As it optimizes the advantages and reduces the pitfalls of the single model. On the other hand, Bagging can increase the generalization ability of the model and help it better predict the unknown samples. Let us see an example of this in the next section.

In this section, we demonstrate the effect of Bagging and Boosting on the decision boundary of a classifier. Let us start by introducing some of the algorithms used in this code.

Here is a piece of code written in Python which shows

Lets elaborate on these results-

From the above plot, we see that the RandomForest algorithm softens the decision boundary, hence decreases the variance of the decision tree model whereas AdaBoost fits the training data in a better way and hence increases the bias of the model.

This brings us to the end of this article. We have learned about Bagging and Boosting techniques to increase the performance of a Machine learning model.

If you wish to learn more about Python and the concepts of Machine learning, upskill with Great Learning’s PG Program Artificial Intelligence and Machine Learning.