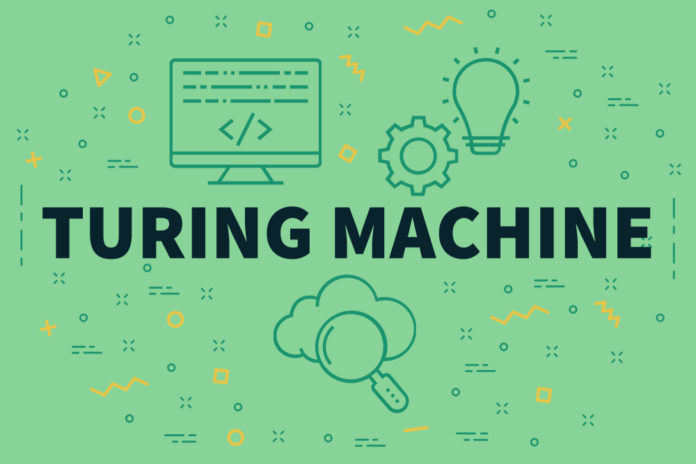 What is a Turing Machine?

Devised by Alan Turing way back in 1936, a Turing Machine is more of a model than an actual ‘machine’.

It attempts to define an abstract machine (a theoretical model of a computer) through an algorithm that enables it to simulate any algorithm logic, simple or complicated.

This hypothetical machine is thought to operate on an infinite memory tape – the kind that was used in the early days of computing to store data. Data is represented on this tape on discrete cells, and the machine reads these cells to understand what data is stored there.

The machine can take multiple actions. It can either write a symbol over one of the cells, move left or right to read/write on the adjacent cells, and process the information present in the cells and take the relevant action.

This machine was devised by Alan Turing to study the effects and limitations of mechanical computation devices.

Through the experiments run on this machine, it has gone on to prove the limitations of mechanics, finding that a simple machine like this can work in theory, but a practical application would be very challenging.

Turing completeness can be measured for a system of instructions, based on how they can simulate a Turing machine. For example, a programming language that can theoretically express all tasks accomplishable by computers is said to be Turing complete.

Recently, researchers at Harvard University have created what is termed as a chemical Turing machine – basically a vat of chemicals that can theoretically function as a computer.

To create this modern interpretation of a computer, the researchers have used the model of a Turing machine to devise this chemical computer, with the difference being that this computer used chemicals rather than memory tape to store data.

They’ve devised this system using a beaker of distilled water, and it accepts input in the form of other chemicals which have each been attributed to an input symbol and will be dropped into the beaker.

To put this Turing machine in action, the researchers devised a chemical language, based on existing Turing machine model of language called L3, containing the letters ‘a,’ ‘b,’ and ‘c.’ Words can be composed through  equal combinations of letters, put together in alphabetical order, such as ‘abc’ or ‘abbcc.’

With this language, it is said to be Turing complete and can be used to solve complex problems. Once it can recognise improper combinations it can act as a fully valid general-purpose computer.

It’s a fairly simple system (similar to the Turing machine) but what it shows us is immense. They’ve tried to find out answers about the origin of life on earth, and how a complex chemical computing system such as this could have led to the rise of sentient creatures.

This gives researchers great insights into how such chemical mixtures have led to biological organisms (as all life is said to have originated in the ocean). They believe that such “naturally occurring computers” would have been the first steps towards life on earth.

If you are interested in the domain of artificial intelligence, pursue a career in it by upskilling with Great Learning’s PG Program in Artificial Intelligence and Machine Learning.