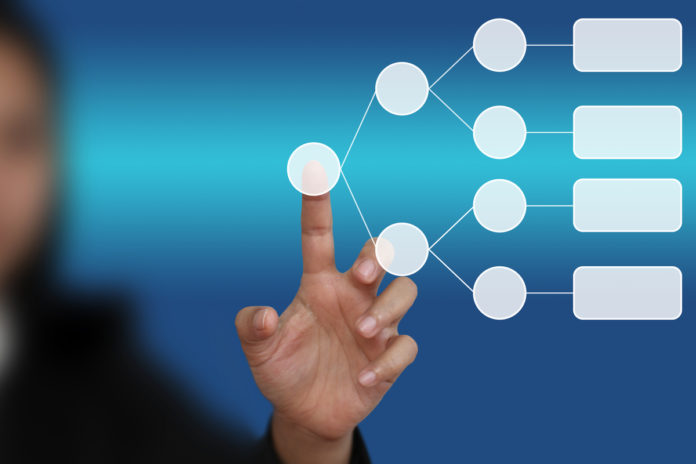 Every machine learning algorithm has its own benefits and reason for implementation. Decision tree algorithm is one such widely used algorithm. A decision tree is an upside-down tree that makes decisions based on the conditions present in the data. Now the question arises why decision tree? Why not other algorithms? The answer is quite simple as the decision tree gives us amazing results when the data is mostly categorical in nature and depends on conditions. Still confusing? Let us illustrate this to make it easy. Let us take a dataset and assume that we are taking a decision tree for building our final model. So internally, the algorithm will make a decision tree which will be something like this given below.

Learn about other ML algorithms like A* Algorithm and KNN Algorithm.

See how Data Science, AI and ML are different from each other.

Despite such simplicity of a decision tree, it holds certain assumptions like:

Different libraries of different programming languages use particular default algorithms to build a decision tree but it is quite unclear for a data scientist to understand the difference between the algorithms used. Here we will discuss those algorithms.

ID3 generates a tree by considering the whole set S as the root node. It then iterates on every attribute and splits the data into fragments known as subsets to calculate the entropy or the information gain of that attribute. After splitting, the algorithm recourses on every subset by taking those attributes which were not taken before into the iterated ones. It is not an ideal algorithm as it generally overfits the data and on continuous variables, splitting the data can be time consuming.

It is quite advanced compared to ID3 as it considers the data which are classified samples. The splitting is done based on the normalized information gain and the feature having the highest information gain makes the decision. Unlike ID3, it can handle both continuous and discrete attributes very efficiently and after building a tree, it undergoes pruning by removing all the branches having low importance.

CART can perform both classification and regression tasks and they create decision points by considering Gini index unlike ID3 or C4.5 which uses information gain and gain ratio for splitting. For splitting, CART follows a greedy algorithm which aims only to reduce the cost function. For classification, cost function such as Gini index is used to indicate the purity of the leaf nodes. For regression, sum squared error is chosen by the algorithm as the cost function to find out the best prediction.

CHAID or Chi-square Automatic Interaction Detector is a process which can deal with any type of variables be it nominal, ordinal or continuous. In regression tree, it uses F-test and in classification trees, it uses the Chi-Square test.  In this analysis, continuous predictors are separated into equal number of observations until an outcome is achieved. It is very less used and adopted in real world problems compared to other algorithms.

MARS or Multivariate adaptive regression splines is an analysis specially implemented in regression problems when the data is mostly nonlinear in nature.

Learn how to cluster in Machine Learning.

As decision tree are very simple in nature and can be easily interpretable by any senior management, they are used in wide range of industries and disciplines such as

In healthcare industries, decision tree can tell whether a patient is suffering from a disease or not based on conditions such as age, weight, sex and other factors. Other applications such as deciding the effect of the medicine based on factors such as composition, period of manufacture, etc. Also, in diagnosis of medical reports, a decision tree can be very effective.

A person eligible for a loan or not based on his financial status, family member, salary, etc. can be decided on a decision tree. Other applications may include credit card frauds, bank schemes and offers, loan defaults, etc. which can be prevented by using a proper decision tree.

The above tree represents a decision whether a person can be granted loan or not based on his financial conditions.

In colleges and universities, the shortlisting of a student can be decided based upon his merit scores, attendance, overall score etc. A decision tree can also decide the overall promotional strategy of faculties present in the universities.

The above tree decides whether a student will like the class or not based on his prior programming interest.

There are many other applications too where a decision tree can be a problem-solving strategy despite its certain drawbacks.

Advantages and disadvantages of a Decision tree

These are the advantages. But hold on. A decision tree also lacks certain things in real world scenarios which is indeed a disadvantage. Some of them are

A decision tree before starting usually considers the entire data as a root. Then on particular condition, it starts splitting by means of branches or internal nodes and makes a decision until it produces the outcome as a leaf. Only one important thing to know is it reduces impurity present in the attributes and simultaneously gains information to achieve the proper outcomes while building a tree.

As the algorithm is simple in nature, it also contains certain parameters which are very important for a data scientist to know because these parameters decide how well a decision tree performs during the final building of a model.

It is defined as a measure of impurity present in the data. The entropy is almost zero when the sample attains homogeneity but is one when it is equally divided. Entropy with the lowest value makes a model better in terms of prediction as it segregates the classes better. Entropy is calculated based on the following formula

It is a measure of misclassification and is used when the data contain multi class labels. Gini is similar to entropy but it calculates much quicker than entropy. Algorithms like CART (Classification and Regression Tree) use Gini as an impurity parameter.

Gini is calculated as

where i is the number of classes.

Reduction in variance is used when the decision tree works for regression and the output is continuous is nature. The algorithm basically splits the population by using the variance formula.

The criteria of splitting are selected only when the variance is reduced to minimum. The variance is calculated by the basic formula

Where X bar is the mean of values, X is the actual mean and n is the number of values.

Decision tree can be implemented in all types of classification or regression problems but despite such flexibilities it works best only when the data contains categorical variables and only when they are mostly dependent on conditions.

There might also be a possibility of overfitting when the branches involve features that have very low importance. Overfitting can be avoided by two methods

Pruning is a process of chopping down the branches which consider features having low importance.  It either begins from root or from leaves where it removes the nodes having the most popular class. Other methods include adding a parameter to decide removing a node on the basis of the size of the sub tree. This method is simply known as post pruning. On the other hand, pre pruning is the method which stops the tree making decisions by producing leaves considering smaller samples. As the name suggests, it should be done at an early stage to avoid overfitting.

2. Ensemble method or bagging and boosting

Ensemble method like a random forest is used to overcome overfitting by resampling training data repeatedly building multiple decision trees. Boosting technique is also a powerful method which is used both in classification and regression problems where it trains new instances to give importance to those instances which are misclassified. AdaBoost is one commonly used boosting technique.

When the data contains too many numerical values, discretization is required as the algorithm fails to make a decision on such small and rapidly changing values. Such a process can be time consuming and produce inaccurate results when it comes in training the data.

We will import all the basic libraries required for the data

Now we will import the kyphosis data which contains the data of 81 patients undergoing treatment to diagnose whether they have kyphosis or not. The dataset is small so we will not discretize the numeric values present in the data. It contains the following attributes

Let us read the data.

Now let us check what are the attributes and the outcome.

The dataset is normal in nature and further preprocessing of the attributes is not required. So, we will directly jump into splitting the data for training and testing.

Here, we have split the data into 70% and 30% for training and testing. You can define your own ratio for splitting and see if it makes any difference in accuracy.

Now we will import the Decision Tree Classifier for building the model. For that scikit learn is used in Python.

Now that we have fitted the training data to a Decision Tree Classifier, it is time to predict the output of the test data.

Now the final step is to evaluate our model and see how well the model is performing. For that we use metrics such as confusion matrix, precision and recall.

From the evaluation, we can see that the model is performing good but the present label gives a 40% precision and recall what needs to be improved. Let us see the confusion matrix for the misclassification.

Now the model building is over but we did not see the tree yet. Now scikit learn has a built-in library for visualization of a tree but we do not use it often. For visualization, we need to install the pydot library and run the following code.

After running the above code, we get the following tree as given below.

Now we will be building a decision tree on the same dataset using R.

The following data set showcases how R can be used to create two types of decision trees, namely classification and Regression decision trees. The first decision tree helps in classifying the types of flower based on petal length and width while the second decision tree focuses on finding out the prices of the said asset.

Note that the echo = FALSE parameter was added to the code chunk to prevent printing of the R code that generated the plot.

The concept of a decision tree has been made interpretable throughout the article. If data contains too many logical conditions or is discretized to categories, then decision tree algorithm is the right choice. If the data contains too many numeric variables, then it is better to prefer other classification algorithms as decision tree will perform badly due to the presence of minute variation of attributes present in the data. Still, it is advisable to perform feature engineering on numeric data to confront the algorithm that a decision-making tree holds.

For a detailed understanding of how decision tree works in AIML, check out this course on Machine Learning. Upskill in this domain to avail all the new and exciting opportunities. 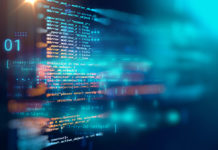 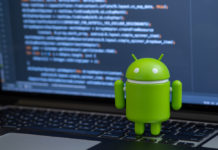 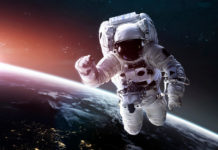