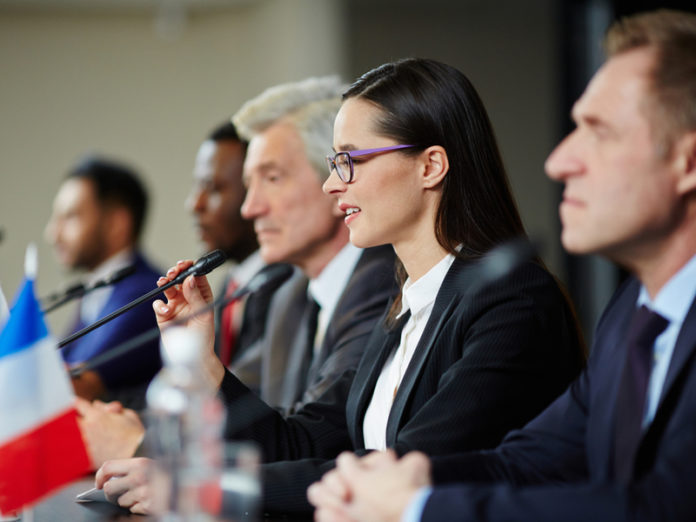 Elections are the time when the people of a country are bestowed with the power to choose the next government that will govern their nation. The period leading up to the elections is packed with massive campaigning activities by all political parties. Every voter has his/her own ideologies and expectations that they would like to see a candidate fulfill. The main objective of political parties is to influence or sway the mind of the voter to vote for their respective candidates. The general techniques used by politicians to achieve this objective is by meeting voters in person, through mass media advertising, public rallies, social media campaigns, etc. This has been the case with political elections throughout modern history.
In recent years, technology has changed the whole approach drastically. Politicians are now relying on technological advancements such as analysing Big Data to connect and engage better with voters. Former US President Barack Obama’s campaign team used Big Data Analytics to maximize the effectiveness of his email campaigns, which resulted in the raising of a whopping US$ 1billion of campaign money.
Along with Big Data, the next technologies that are going to have a huge impact in election campaigns and political life are Artificial Intelligence and Machine Learning.

Know how AI and Machine Learning Can Win Elections

Engaging Voters Using AI
AI and machine learning can be used to engage voters in election campaigns and help them be more informed about important political issues happening in the country. Based on statistical techniques, machine learning algorithms can automatically identify patterns in data. By analyzing the online behaviour of voters which includes their data consumption patterns, relationships, and social media patterns, unique psychographic and behavioural user profiles could be created. Targeted advertising campaigns could then be sent to each voter based on their individual psychology. This helps in persuading voters to vote for the party that meets their expectations.
Read Also: How AI and ML can Transform Governance
Apart from using intelligent algorithms, autonomous bots can also be used to spread information on a large scale. Bots are automated programs that can be programmed to run certain tasks over the internet. They can also be employed to detect fake news and misinformation. Whenever fake news is detected, they could issue a warning that the information is incorrect, thereby stopping it from influencing the voter.

Artificial Intelligence for the Benefit of the Voter

AI can be used to gather information about the general voice of the voter. Using micro-targeting campaigns, it can help educate voters on various political issues and help them make up their minds about candidates. It can also be used to deliver information with respect to the interest areas of each voter. If a voter is interested in the country’s economic situation, an AI tool can be used to help the voter find out what each party has to say about this topic. This kind of personalization can help voters be more informed about each political party.
Can AI be misused?
The answer is yes. By knowing the behavioural and psychographic profiles of voters, AI can be used to send political messages that are insincere and fake. Personalized messages that highlight a different side of a particular argument can be sent to each individual voter. Every voter gets a different version of the candidate that is in line with their expectations. This, in turn, helps the candidate in garnering a general opinion that is in his/her favour.
In the 2016 US Presidential Elections, researchers from the University of Washington found that automated social media bots were used to increase the Twitter traffic for pro-Trump hashtags. They were roughly double the activity of his rival, Hillary Clinton. Political consulting firm, Cambridge Analytica (now defunct), was accused of helping Trump win the election by promoting manipulated narratives and anti-Hillary content among voters. The company acquired access to the data of over 87 million Facebook users and used machine learning to put together their psychological profiles. Facebook’s own targeted advertising system was leveraged to display content and ads at users with respect to their psychological profiles. 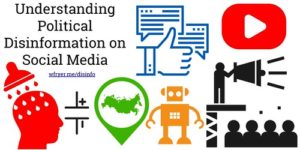 During the UK general elections in 2017, swarms of political bots were used to spread fake news on social media. These bots were used to target candidates who were more likely to vote for a particular political party. Through negative messages, the bots were successful in swaying the minds of voters and prevented them from turning up to vote on the day of the elections. In the final 3 months of the year, Twitter suspended more than 58 million malicious automated bot accounts.

Read Also: How to Boost Productivity Using AI and ML
Another scary AI and machine learning development that first raised a concern during the US midterm elections in 2018 is deepfakes. Deepfakes are audio or video generated by AI which shows someone saying or doing something that they did not say or do. For example, a fake video of Trump could be created where he talks about intensifying the trade war with China. Such videos look very genuine and can be successfully used to influence voters.
The Road Ahead
According to research from Borrell Associates, digital ad spending in politics reached a staggering $1.8 billion in 2018. The number is only going to drastically increase in the coming years. Artificial Intelligence has the capability to target millions of voters via digital ads with each person getting their own personalized message, according to their psychological profile.
AI and machine learning are ushering in a new era of politics. They are far too valuable to be ignored by politicians. It’s only a matter of time before these technologies are increasingly used by political parties to win elections in countries across the globe. Politicians should, however, adhere to certain ethics while employing AI for their campaigning activities. These innovative technologies shouldn’t be misused to spread wrong and incorrect information. They should be used to help voters make informed decisions on candidates for the benefit of the whole nation and to support democracy.
Click here to explore a career in Artificial Intelligence.