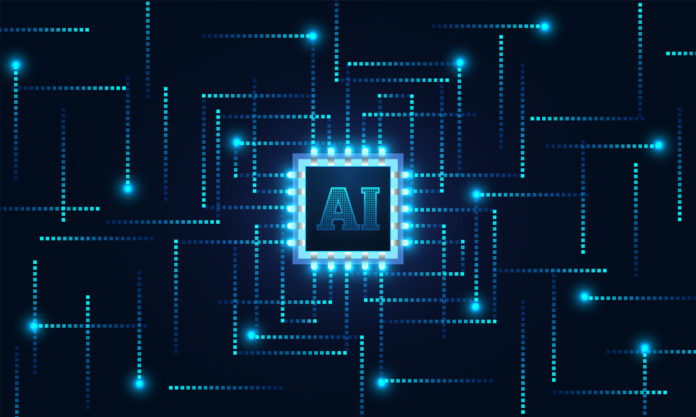 You might have seen robots doing mundane tasks like cleaning room or serving beer to people. However, these actions are usually remote-controlled by a human. These robots are physically capable of doing things following a set of instructions given to them, but they lack the basic intelligence to decide and do things by themselves. Embedding intelligence is a software challenge, and reinforcement learning, a subfield in machine learning, provides a promising direction towards developing intelligent robotics.
Reinforcement learning is concerned with how an agent uses the feedback to evaluate its actions and plan about future actions in the given environment to maximize the results. In reinforcement learning, the agent is empowered to decide how to perform a task, which makes it different from other such machine learning models where the agent blindly follows a set of instructions given to it. The machine acts on its own, not according to a set of pre-written commands. Thus, reinforcement learning denotes those algorithms, which work based on the feedback of their actions and decide how to accomplish a complex task.
These algorithms are rewarded when they make the right decision and are punished when they make the wrong decision. Under favourable conditions, they can do a superhuman performance. Here is an comprehensive Tutorial on Reinforcement learning along with a case study.

We need technological assistance to simplify life, improve productivity and to make better business decisions. To achieve this goal, we need intelligent machines. While it is easy to write programs for simple tasks, we need a way out to build machines that carry out complex tasks. To Achieve this is to create machines that are capable of learning things by themselves. Reinforce learning does this.

Basics of reinforcement machine learning include:

Reinforcement is of two different types: positive and negative

A reinforcement is considered positive when a given event has a positive effect such as an increase in the frequency and strength of the behaviour.
Positive reinforcement has the following advantages:

A reinforcement is considered negative when an action is stopped or dodged due to a negative condition.

There are several concepts and definitions in reinforcement learning. Major ones are listed below:
Agent: Agent is the one that takes actions. For instance, Super Mario is an agent as it navigates a video game.
Action (A): It is the collection of all possible moves any agent is capable of making.  It is self-explanatory, and the agents can choose from a set of possible actions.
Discount factor: To fight against delayed gratification, we need to make immediate rewards greater than future rewards. The discount factor is used for this and thus apply a short-term gratification in the agent.
Environment: Just as the word implies, the ‘environment’ is the surroundings through which the agents move.  The environment considers the action and the current state of the agent as the input and grants a reward for the agent in the next state, and that is the output.
State: This refers to the current situation where the agent places itself – such as a specific place or action. A state relates the agent to other relevant things such as obstacles, rewards, enemies and tools.
Reward: This denotes the feedback given for an action taken by the agent. The feedback is an evaluation of the agent’s action and decides if it is a success or failure.
Policy: This denotes the agent’s strategy to decide the next course of action. Each policy is taken based on the current state. It aims to do those actions that bring in the highest reward.
Value: Denotes expected long-term return to the current state, in contrast to the short-term rewards.
Q-value or action-value: It is very similar to the concept of value, except that it considers the current action as well.  Q-value is the one that maps the state and action to rewards. Trajectory: This denotes several states lined in a sequence and the actions that could influence them.

*Image credit: Sutton & Barto
From the feedback loop given above, an agent does a certain action based on the environment it is, in and this constitutes the state. The agent’s action and the environment are considered and then a feedback is generated, which decides if that action is a success or failure. The goal could be different in different scenarios.

As mentioned earlier, reinforcement learning uses feedback method to take the best possible actions. This makes it suitable for finding a solution for many complex problems and it has found application in many domains. But it faces many challenges as well. The main one is the challenge in creating the simulation environment that depends a lot on the chosen task. In chess or Go games, where the model has to perform superhuman tasks, the environment is simple. However, it is a bit complex when you consider a real-life application like designing an autonomous car model where you need a highly realistic simulator. This is crucial as you are going to drive the car on the street. The model must be capable of figuring out how and when to apply the brake or how to avoid a collision. It could not be a problem in a virtual world, but it becomes a hard-to-crack-problem when you need to hit the real world. Things get tricky when you transfer the model from the safe training environment into the real world.
Another challenge lies in tweaking and scaling the neural network that controls the agent.  It is complex because the only way to communicate with the network is through rewards and penalties. The major challenge associated with this is that this could lead to catastrophic forgetting or in other words, this might cause some old knowledge to get erased as it acquires new knowledge.
Another challenge is that sometimes the agent does a task just as it is, which means the model does not achieve the optimal output. For example, the model causes a jumper to just jump like a kangaroo, instead of leading the agent to do things that we expect the agent to do – such as walking.
Last but not least, there could arise a problem where the agent just optimizes the prize but does not intend to do the task. Consider the open AI video as an example of this. In this video, the agent learned to bag the rewards without completing the race.
There is no doubt that reinforcement machine learning has huge potential to change the world. The biggest advantage of this cutting-edge technology is that it is capable of learning by itself through trial and error, just like human beings. It makes mistakes, corrects them, learn from them to avoid making the same mistake in the future. It can be best combined with other machine learning technologies for better performance. No wonder that it is used in many real-world applications such as robotics, gaming to mention some. It is the best way to incorporate creative and innovation to perform a task. Reinforcement learning surely has the potential to become a revolutionary technology in the future development of artificial intelligence.