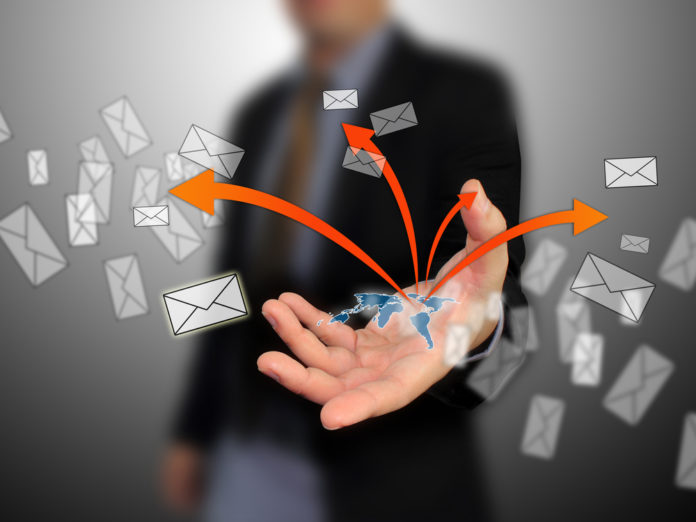 For the regression analysis is be a successful method, we understand the following terms:

Let’s understand the concept of regression with this example.

You are conducting a case-study on a set of college students to understand if students with high CGPA also get a high GRE score.

Your first task would be to collect the details of all the students.

Now, if we are supposed to understand the relationship between these two variables, we can draw a scatter plot.

Here, we see that there’s a linear relationship between CGPA and GRE score which means that as the CGPA increases, the GRE score also increases. This would also mean that a student who has a high CGPA, would also have a higher probability of getting a high GRE score.

This is where Regression comes in. If we are supposed to find the relationship between two variables, we can apply regression analysis.

Regression Definition – Why is it called regression?

Regression analysis is used for prediction and forecasting. This has a substantial overlap to the field of machine learning. This statistical method is used across different industries such as,

Suppose there is an observation in the dataset that has a very high or very low value as compared to the other observations in the data, i.e. it does not belong to the population, such an observation is called an outlier. In simple words, it is an extreme value. An outlier is a problem because many times it hampers the results we get.

When the variation between the target variable and the independent variable is not constant, it is called heteroscedasticity. Example-As one’s income increases, the variability of food consumption will increase. A poorer person will spend a rather constant amount by always eating inexpensive food; a wealthier person may occasionally buy inexpensive food and at other times, eat expensive meals. Those with higher incomes display a greater variability of food consumption.

When we use unnecessary explanatory variables, it might lead to overfitting. Overfitting means that our algorithm works well on the training set but is unable to perform better on the test sets. It is also known as a problem of high variance.

When our algorithm works so poorly that it is unable to fit even a training set well, then it is said to underfit the data. It is also known as a problem of high bias.

For different types of Regression analysis, there are assumptions that need to be considered along with understanding the nature of variables and its distribution.

What is Linear Regression?

Here, ‘Y’ is our dependent variable, which is a continuous numerical and we are trying to understand how does ‘Y’ change with ‘X’.

So, if we are supposed to answer, the above question of “What will be the GRE score of the student, if his CCGPA is 8.32?” our go to option should be linear regression.

• x is Rainfall and y is Crop Yield

• x is Advertising Expense and y is Sales

• x is sales of goods and y is GDP

If the relationship with the dependent variable is in the form of single variables, then it is known as Simple Linear Regression

If the relationship between Independent and dependent variables are multiple in number, then it is called Multiple Linear Regression

As the model is used to predict the dependent variable, the relationship between the variables can be written in the below format.

With all these factors taken into consideration, before we start assessing if the model is doing good, we need to consider the assumptions of Linear Regression.

Since Linear Regression assesses whether one or more predictor variables explain the dependent variable and hence it has 5 assumptions:

3. No or Little Multicollinearity

4. No Autocorrelation in errors

With these assumptions considered while building the model, we can build the model and do our predictions for the dependent variable. For any type of machine learning model, we need to understand if the variables considered for the model are correct and have been analysed by a metric. In the case of Regression analysis, the statistical measure that evaluates the model is called the coefficient of determination which is represented as r2.

This type of regression technique is used to model nonlinear equations by taking polynomial functions of independent variables.

In the figure given below, you can see the red curve fits the data better than the green curve. Hence in the situations where the relationship between the dependent and independent variable seems to be non-linear, we can deploy Polynomial Regression Models.

Thus a polynomial of degree k in one variable is written as:

and can fit linear regression in a similar manner.

In case of multiple variables say X1 and X2, we can create a third new feature (say X3) which is the product of X1 and X2 i.e.

The main drawback of this type of regression model is if we create unnecessary extra features or fitting polynomials of higher degree this may lead to overfitting of the model.

Logistic Regression is also known as Logit, Maximum-Entropy classifier is a supervised learning method for classification. It establishes a relation between dependent class variables and independent variables using regression.

The dependent variable is categorical i.e. it can take only integral values representing different classes. The probabilities describing the possible outcomes of a query point are modelled using a logistic function. This model belongs to a family of discriminative classifiers. They rely on attributes which discriminate the classes well. This model is used when we have 2 classes of dependent variables. When there are more than 2 classes, then we have another regression method which helps us to predict the target variable better.

There are two broad categories of Logistic Regression algorithms

There are two types of Multinomial Logistic Regression

Logistic regression takes into consideration the different classes of dependent variables and assigns probabilities to the event happening for each row of information. These probabilities are found by assigning different weights to each independent variable by understanding the relationship between the variables. If the correlation between the variables is high, then positive weights are assigned and in the case of an inverse relationship, negative weight is assigned.

As the model is mainly used to classify the classes of target variables as either 0 or 1, thus the Sigmoid function is obtained by implementing the log-normal function on these probabilities that are calculated on these independent variables.

where the default probability cut off is taken as 0.5.

This method is also called the Odds Log ratio.

1. The dependent variable is categorical. Dichotomous for binary logistic regression and multi-label for multi-class classification

2. Attributes and log odds i.e. log(p / 1-p) should be linearly related to the independent variables

3. Attributes are independent of each other (low or no multicollinearity)

4. In binary logistic regression class of interest is coded with 1 and other class 0

5. In multi-class classification using Multinomial Logistic Regression or OVR scheme, class of interest is coded 1 and rest 0(this is done by the algorithm)

Note: the assumptions of Linear Regression such as homoscedasticity, normal distribution of error terms, a linear relationship between the dependent and independent variables are not required here.

Some examples where this model can be used for predictions.

1. Predicting the weather: you can only have a few definite weather types. Stormy, sunny, cloudy, rainy and a few more.

2. Medical diagnosis: given the symptoms predicted the disease patient is suffering from.

3. Credit Default: If a loan has to be given a particular candidate depend on his identity check, account summary, any properties he holds, any previous loan, etc

4. HR Analytics: IT firms recruit a large number of people, but one of the problems they encounter is after accepting the job offer many candidates do not join. So, this results in cost overruns because they have to repeat the entire process again. Now when you get an application, can you actually predict whether that applicant is likely to join the organization (Binary Outcome – Join / Not Join).

5. Elections: Suppose that we are interested in the factors that influence whether a political candidate wins an election. The outcome (response) variable is binary (0/1); win or lose. The predictor variables of interest are the amount of money spent on the campaign and the amount of time spent campaigning negatively.

Discriminant Analysis is used for classifying observations to a class or category based on predictor (independent) variables of the data.

Discriminant Analysis creates a model to predict future observations where the classes are known.

The LDA model uses Bayes’ Theorem to estimate probabilities. They make predictions upon the probability that a new input dataset belongs to each class. The class which has the highest probability is considered as the output class and then the LDA makes a prediction.

Plk= Nk/n or base probability of each class observed in the training data. It is also called prior probability in Bayes’ theorem.

Regularization is generally useful in the following situations:

The cost function for lasso regression

λ is the hypermeter, whose value is equal to the alpha in the Lasso function

It is generally used when we have more number of features because it automatically does feature selection.

The cost function for ridge regression

It shrinks the parameters, therefore it is mostly used to prevent multicollinearity

It reduces the model complexity by coefficient shrinkage

Value of alpha, which is a hyperparameter of Ridge, which means that they are not automatically learned by the model instead they have to be set manually.

A combination of both Lasso and Ridge regression methods brings rise to a method called Elastic Net Regression where the cost function is :

What mistakes do people make when working with regression analysis?

To learn more such concepts, take up Data Science and Business analytics Certificate Courses and upskill today. Learn with the help of online mentorship sessions and career assistance. If you have any queries, feel free to leave them in comments below and we’ll get back to you at the earliest. 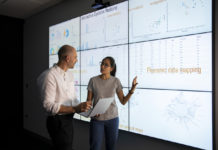 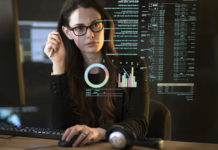