You have been redirected to our United States website for programs relevant to you.

Hey there! Welcome back.

You are already registered. Please login instead.

You are already registered. Please login instead. 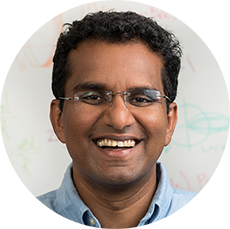 Dileep George is the founder and CTO at Vicarious.ai, an artificial intelligence company in the San Francisco Bay Area, California. An AI and neuroscience researcher with 22 patents, Dileep co-founded Numenta Inc, an AI research company in 2005 before starting the research project Vicarious in 2010, which was funded by internet billionaires Peter Theil and Dustin Moskovitz.

His research has been featured in many renowned magazines and newspapers. Dileep has 22 patents and many other peer-reviewed papers. He has done his PhD in Electrical Engineering from Stanford University and is still researching at the Redwood Center for Theoretical Neuroscience at the University of California, Berkeley.