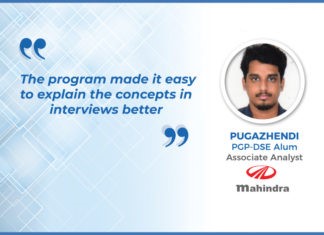 Even modest support can accomplish a big dream. Pugazhendi, our PGP-DSE alumnus’ story starts with his parents supporting him to pursue data science. Read on to know more about his data science journey with Great Learning.
Why did you choose the PGP-DSE program by Great Learning?
I did my engineering in physics and nanotechnology. In my final year project, I had to work on data. It took me a lot of time to get the data, clean it, and work on it. At that time I had no clue about data engineering, but my seniors told me that there is something called data science and asked me to look into it. That is how I came to know about data science and I developed an interest in it. I was planning for higher studies but I felt that there are unexplored opportunities in the field of data science, so I took up the PGP-DSE program.
When I told my family that I wanted to take up this program, they had no idea about it. They knew about the IT courses like Java, so I explained to them the field and opportunities in it and they supported me after that to pursue the course.
Did you consider any other program before enrolling?
I had considered Imarticus but I felt that the program lacked credibility in what they were promising and it is more expensive as compared to Great Learning’s program.
Did the program curriculum prepare you for interviews?
I feel that the program had covered almost all the topics that were asked during the interviews. I knew about the things that were asked. I worked on a lot of different projects during the program. The mini project which I had worked on helped me a lot in the Mahindra and Mahindra Hackathon.
What did you like the most in the program?
The peer group is really good, we used to sit and discuss things. As we had people from different backgrounds, it helped us to exchange what we knew and learn together.
Faculty were too good and they made it very simple for us to understand the concepts.
Did the placement support help you prepare for the interviews?
We had many companies coming in and we were groomed well before the placement process began. The mock interviews and CV reviews gave me an idea of what I was good at.
How was the Interview process?
There was a hackathon in Mahindra and Mahindra, which I had won. After that, there was a code review followed by multiple telephonic interviews. The course made it easy for us to explain the concepts and algorithms better. That is what impressed the interviewers and they offered the role. I have already started working on some interesting projects here. 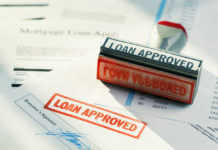 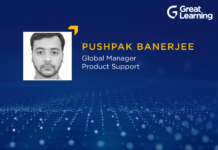 New avenues were opened up for me- Pushpak, PGP DSBA 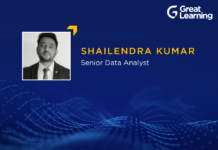