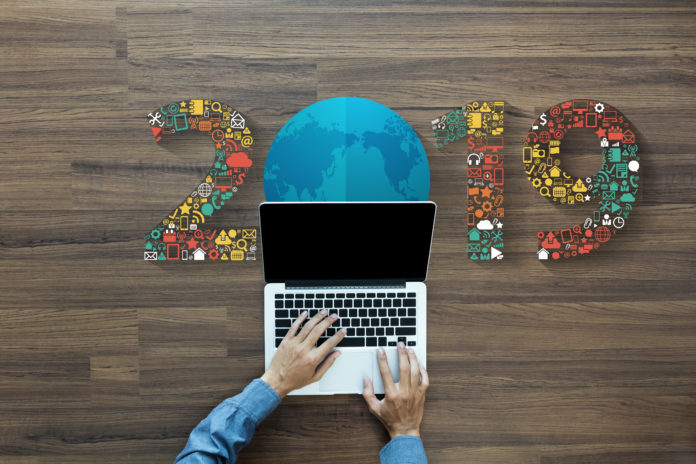 Artificial Intelligence (AI) is now enjoying massive acceptance from consumers and organisations worldwide. Hence, more and more companies are stepping up their game by adopting Artificial Intelligence into their functionalities. In this article, we will discuss the absolute wins of the year 2019 in terms of breakthrough AI solutions and their impact. Here are some of the AI success stories and top news for the year 2019.

In May 2019, Samsung created a system that could transform facial images into a video sequence. They created these deepfake videos by taking just one picture as an input and using generative adversarial network (GAN). ML models were enabled with high fidelity natural image synthesis to resonate realistic human expressions.

Dactyl is an AI system that physically manipulates object using a Shadow Dexterous Hand. An object such as a cube or a prism is placed on the palm of the hand and Dactyl repositions it to different orientations. It can rotate, slide, and pivot the object with human-like hand actions by observing the coordinates of the fingertips and images from three RGB cameras. Dactyl can successfully solve a Rubik’s cube as shown in the video below.

Cognitive AI is defined as the hybrid combination of:

It enables the implementation of human-like abilities to perceive, correlate, understand, reason, learn, and even teach to solve problems faster than existing AI.

The successful applications include the extremely successful Mars Rover’s mission where it was able to adapt to conditions without any direct instructions. It taught itself to rotate its solar panels and shake off the accumulated dust that was blocking essential solar ray absorption. It also taught itself to correlate sensory evidence with mission objectives, and hence was able to build the first effective weather model for another planet.

Open AI released the full version of the Generative Pre-Training (GPT) mode this November, and it’s called GPT-2. The model generates synthetic text automatically with just a few sentences needed as input. It also perfectly picks up the context and generates text on its own. You can try out the functionality of GPT-2 on the web version at TalkToTransformer.com.

While the world is making strides in successful AI applications, Indis is not far behind and catching up. Here is a success story of an Indian startup that made significant contributions towards solving the problem of stubble burning with the help of an Artificial Intelligence solution.

The Gurgaon based startup Blue Sky Analytics has developed an AI-enabled platform to solve the stubble burning issue and consequently the drastic effect it has on the environment and health of the people. The platform uses satellite data for improved monitoring, supply chain, pricing analysis, and allocation of crop waste for use as raw material in other industries.

The application is named Zuri and won Copernicus Masters award given by the Earth Observation program managed by the European Commission in partnership with European Space Agency. The application uses historical data to understand the history of farm fires. It then predicts high-risk zones and the expected volume and calorific value of crop waste. Finally, it also enables farmers to sell their stubble rather than burning it by providing information on the marketplace.

Over the years, Artificial Intelligence has amazed everyone with numerous breakthroughs; it is no different in the year 2019. Firms and nation-states across the world have made significant advances this year in artificial intelligence landscape. Developments are unprecedented and further motivate researchers and developers to innovate. As a chronicler of technological progress, Great Learning was on top of every jaw-dropping development, In this article, we bring to you the top amazing artificial intelligence news that happened this year.

Oil and Gas Industry turns to AI for billions in savings.

Amid a growing thrust to cut costs, oil companies are looking at artificial intelligence to automate functions, predict equipment problems, and increase the output.

Total SA is teaming up with Google Inc. to better analyze seismic data and plans to increase its spending in AI to squeeze more hydrocarbons from existing assets.

Exxon, the world’s largest oil and gas company is investing about $1 billion a year into research where machine learning is included and says it intends to increase its spending on AI in the future.

Advances in machine learning and falling cost of storing data encourage oil companies to exploit the potential of Artificial Intelligence. AI can find cost reductions by tackling a range of problems. AI’s deployment in upstream operations of oil refineries could yield collective savings in capital.

Neural Networks can Predict the time of your death.

According to a research presented at the American Heart Association’s Scientific Sessions in Dallas on November 16. Artificial intelligence can now help identify patients most likely to die of any medical causes within a year by looking at heart test results. To arrive at this conclusion, the research team from Geisinger Health System in Pennsylvania analyzed the results of 1.77 million ECGs and other medical records from almost 40,00 patients.

The Geisinger team trained the algorithm on two models. One fed with raw historical ECG data, measuring voltage over time. Another given the ECG data plus the age and sex of each patient.

“This study could completely alter the way we interpret ECGs in the future,” said Brandon Fornwalt, chair of the Department of Imaging Science and Innovation at Geisinger in Danville, Pennsylvania.

Application of AI into the judicial system

Court leaders across the globe have a keen interest in how AI can enhance the quality and efficiency of legal services. The promise is that artificial intelligence can address the fundamental crisis in courts: that judicial officials often have to make complex decisions with little support; that ordinary people are not able to use the system clearly; and courts struggle to manage vast amounts of information.

In November this year, Chief justice of India SA Bobde said that the supreme court has proposed to introduce a system of artificial intelligence that would help in better administration of judicial proceedings.

Justice’s Bobde support to include AI in the Judicial System came at a function organised by supreme court lawyers. He said “ I believe exploring this interface would be immensely beneficial for many reasons. For instance, it would allow us to streamline courts caseload through enabling better court management.”

Application of AI can also shift the judicial time from cases which are non-rivalrous and apply them to more complex-intricate matters that require more human attention and involvement.

However, “machine cannot replace humans, specifically the knowledge and wisdom of judges and we do not want to give the impression that this is ever going to substitute judges” CJI added.

China Outpacing US in the AI Arms Race

According to a Stanford AI index report, AI startups in China received much more investment than their western counterparts between July 2018 and July 2019. The country’s 486 funded startups received a whopping $16.6 billion in investment, about 200% more than the US startups.

According to the same report, China also published more AI journals and conference papers in 2018 than in Europe. Having passed the US in 2006, China narrowly edged out on Europe with 28% compared to Europe’s 27%.

China’s AI strategy is broken up into three benchmarks: Keep pace with AI technologies by 2020, achieve AI breakthrough by 2025, and to be a world leader in AI by 2030.

China has several advantages when it comes to the artificial intelligence landscape, but chief among them is China’s companies access to massive amounts of data. According to Kai-Fu Lee, China is now producing 10X more data than the United States, and if the data is the new oil, China has become the New Saudi Arabia.

Acute intracranial haemorrhage shares symptoms with several other neurological conditions. Traditionally emergency departments rely on CT scans to detect this life-threatening condition and even the most expert radiologist can sometimes miss the subtle signs of the condition.

Now researchers from the University of San Francisco and the University of California, Berkely have shown that a deep learning artificial intelligence algorithm can aid in expert level detection of brain haemorrhage.

The research team used fully convolutional deep learning neural network to help identify microscopic abnormalities. They trained the algorithm on a data set of over 4,000 CT scans where ICH abnormalities were manually highlighted at the pixel level. Using Pixel-level supervision approach allows the network to detect potential issues on the testing data better.

The researchers claim that their algorithm can be used to augment radiologists ability to detect ICH in the emergency department and plan to continue testing it in follow-on studies.

We have seen some exciting applications and advancements of artificial intelligence this year in areas like Medicare, judicial proceedings, oil industries etc. However, the AI revolution is still in its infancy. In the next few years, the technology industry will continue to make significant leaps in AI. But the greater impact will come from the extensive adoption of AI by other industries we interact daily. As society at large accepts the widespread use of AI in the coming years. Other industries will have to adapt digital tools which will bring significant benefits for people around the world.