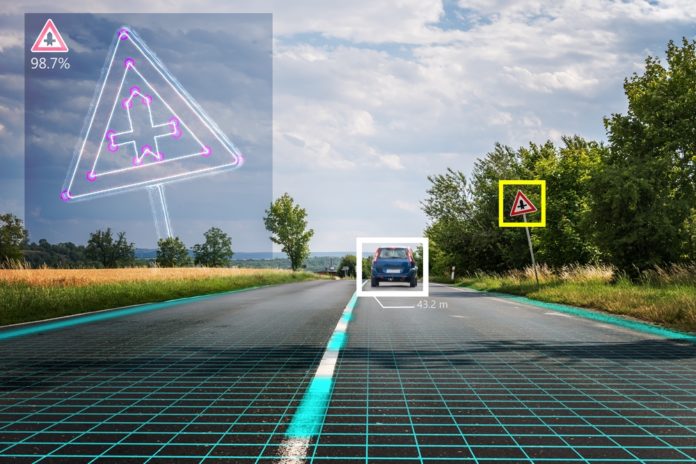 Welcome to the second article in the computer vision series. The article intends to get a heads-up on the basics of deep learning for computer vision. To ensure a thorough understanding of the topic, the article approaches concepts with a logical, visual and theoretical approach. The most talked-about field of machine learning, deep learning, is what drives computer vision- which has numerous real-world applications and is poised to disrupt industries.
Deep learning is a subset of machine learning that deals with large neural network architectures. We will discuss basic concepts of deep learning, types of neural networks and architectures, along with a case study in this.
Our journey into Deep Learning begins with the simplest computational unit, called perceptron.
See how Artificial Intelligence works.

What is a Perceptron?

A perceptron, also known as an artificial neuron, is a computational node that takes many inputs and performs a weighted summation to produce an output. A simple perceptron is a linear mapping between the input and the output.
Several neurons stacked together result in a neural network. A training operation, discussed later in this article, is used to find the “right” set of weights for the neural networks. The limit in the range of functions modelled is because of its linearity property. All models in the world are not linear, and thus the conclusion holds. The next logical step is to add non-linearity to the perceptron. We achieve the same through the use of activation functions.

Learn the basics of computer vision.

As mentioned earlier, ANNs are perceptrons and activation functions stacked together. The perceptrons are connected internally to form hidden layers, which forms the non-linear basis for the mapping between the input and output. The number of hidden layers within the neural network determines the dimensionality of the mapping. Higher the number of layers, the higher the dimension in which the output is being mapped. The ANN learns the function through training. This stacking of neurons is known as an architecture. We shall cover a few architectures in the next article. The model learns the data through the process of the forward pass and backward pass, as mentioned earlier.

What happens during the forward pass?

What happens during the backward pass?

These are the Various Concepts related to Neural Networks

What are the various regularization techniques used commonly?

How do we train neural networks?

Let’s go through training. We should keep the number of parameters to optimize in mind while deciding the model. Higher the number of parameters, larger will the dataset required to be and larger the training time. Thus, model architecture should be carefully chosen. The updation of weights occurs via a process called backpropagation.
Backpropagation (Calculus knowledge is required to understand this): It is an algorithm which deals with the aspect of updation of weights in a neural network to minimize the error/loss functions. The weights in the network are updated by propagating the errors through the network.
What is the amount by which the weights need to be changed?
The answer lies in the error. After we know the error, we can use gradient descent for weight updation.
Gradient descent: what does it do?
The gradient descent algorithm is responsible for multidimensional optimization, intending to reach the global maximum. It is a sort-after optimization technique used in most of the machine-learning models. Another implementation of gradient descent, called the stochastic gradient descent (SGD) is often used.
Learning Rate: The learning rate determines the size of each step. Note that the ANN with nonlinear activations will have local minima. The choice of learning rate plays a significant role as it determines the fate of the learning process. If the learning rate is too high, the network may not converge at all and may end up diverging. There are various techniques to get the ideal learning rate. We will delve deep into the domain of learning rate schedule in the coming blog.

What functions does SGD optimize?

What is the importance of batch-size?

After discussing the basic concepts, we are now ready to understand how deep learning for computer vision works.

What is the convolutional operation exactly?
It is a mathematical operation derived from the domain of signal processing. Convolution is used to get an output given the model and the input. The model is represented as a transfer function. The input convoluted with the transfer function results in the output. Simple multiplication won’t do the trick here.

Considering all the concepts mentioned above, how are we going to use them in CNN’s? What are the key elements in a CNN?

Why can’t we use Artificial neural networks in computer vision?

Convolution neural network learns filters similar to how ANN learns weights. Various transformations encode these filters. We shall understand these transformations shortly. The filters learn to detect patterns in the images. The deeper the layer, the more abstract the pattern is, and shallower the layer the features detected are of the basic type. Thus these initial layers detect edges, corners, and other low-level patterns.
An interesting question to think about here would be: What if we change the filters learned by random amounts, then would overfitting occur? Also, what is the behaviour of the filters given the model has learned the classification well, and how would these filters behave when the model has learned it wrong?

Use Computer vision datasets to hon your skills in deep learning.

Consider the kernel and the pooling operation. In the following example, the image is the blue square of dimensions 5*5. The kernel is the 3*3 matrix represented by the colour dark blue. Through a method of strides, the convolution operation is performed. The dark green image is the output. To obtain the values, just multiply the values in the image and kernel element wise.
For example: 3*0 + 3*1 +2*2 +0*2 +0*2 +1*0 +3*0+1*1+2*2 = 12

What are the advantages of pooling?

CNN is the single most important aspect of deep learning models for computer vision. Now that we have learned the basic operations carried out in a CNN, we are ready for the case-study. The best approach to learning these concepts is through visualizations available on YouTube. That shall contribute to a better understanding of the basics.